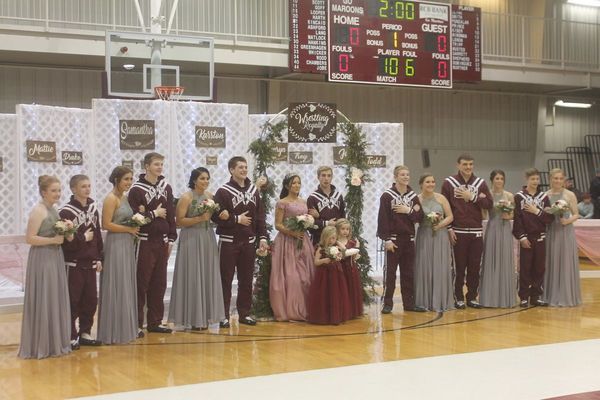 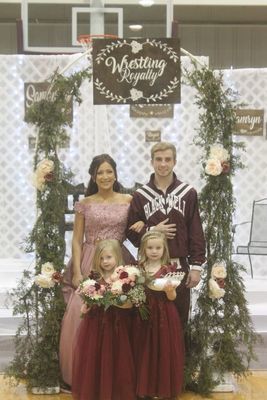 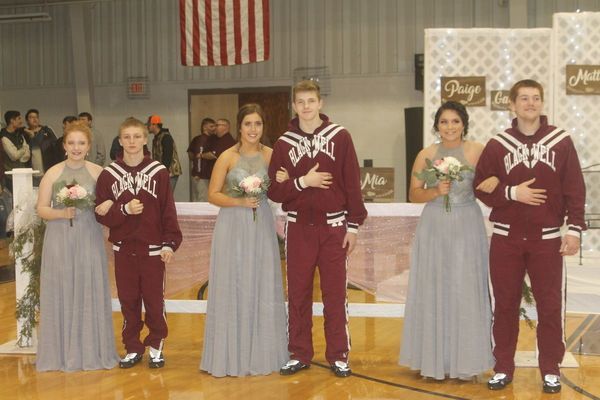 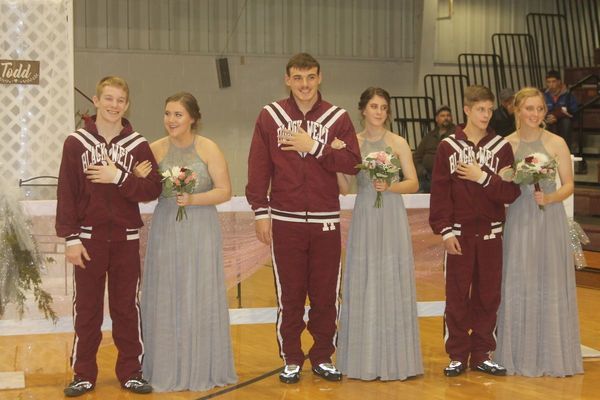 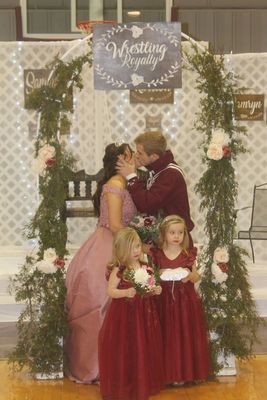 Perry showed their power right off the start with two quick falls at 106- and 113- pound matches to give them a 12-0 lead. Caleb O’Dell cut the lead in half with a fall in 3:04 against Jaden Oakes in the 120-pound match.at the halfway point in the dual.

Blackwell gave the points right back on a forfeit at 126-pounds and a major decision at 132-pounds gave the Perry team a 22-6 lead.

Perry’s Jace Burdick would pin Gable Norman in 1:46 at 170 -pounds and the Blackwell Maroons would forfeit the 182-pound match to give Perry a 40-19 lead with three matches to go.

The Maroons would forfeit the 220-pound match and lose by pin in the 285-pound match for the final score of 52-25.

The Maroons would bounce back two nights later for wrestling coronation night with a big win over Guthrie. Aidan O’Dell, Evin Simpson, Caleb O’Dell would all score falls to open the night and give the Maroons an 18-0 lead.

Guthrie got a pin from Cayden Nelson to narrow the gap to 18-6, but Tanner Botts then edged out Caleb Nelson 8-5 for a 21-6 lead. Loveall then picked up a forfeit at 138-pounds followed by decisions by Mora and Peetom to make the score 33-6.

Riley then got a fall and Norman picked up a forfeit and it was 45-6. The Maroons would forfeit the 182-pound match, but Barbee got those points right back with a 42-second fall to make the score 51-12.

Guthrie would get their final points of the night on a 15-9 decision at 220 pounds but gave Blackwell their final six points on a forfeit at 285 pounds to close out the meet at 57-15.

The Maroons travel to Newkirk tomorrow night for a dual meet, before the district dual meet next Tuesday as the Maroons try to qualify for another trip to the state dual meet in Shawnee. The Maroons will have dual matches against Chandler, Tonkawa, Morrison and Pawnee for a trip to Shawnee.