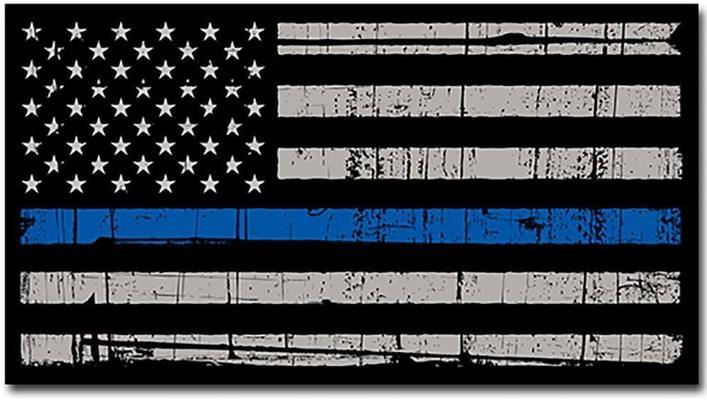 Several people have wondered why and how I could support the man who we see in the police video shooting at Michael Ann Godsey, who was in a white truck. It was 3 a.m. May 20, 2019. That morning would change many people’s lives.

Michael died that morning, and there is nothing any of us can do to change that fact. Anyone and everyone who has a soul mourns for her and her family. This includes Officer John Mitchell and all of his friends and family. Just because one supports Officer Mitchell does not mean one cannot feel sorry for – and pray for – the family of Michael.

I am not going to argue the case. It would do no good anyways. Those who believe ill of John Mitchell will never accept anything I can add to the story – just as those who support John will not change their minds by what others might have to say.

I want to share my personal reason for why I support John. First off, I do believe in the assumption of innocence. Before social media, being deemed innocent until proven guilty in a court of law was one of our greatest strengths within our nation. But since the invention of social media, our society all too often convicts people way before their trials. This means our society, without having heard all of the facts, quickly jumps to conclusions of a person’s guilt or innocence. I wish citizens of our nation would remember this before speaking out.

Right off the bat, because of “innocent until proven guilty,” I am not going to say or assume that John is guilty. But that is not the only reason. The second reason why I support John Mitchell is because, about four or five years ago, I started the chaplaincy corps for police officers, firefighters, and dispatchers in our community. We have several pastors from Blackwell that are chaplains to this group of men and women.

Making death notifications to family members is just one of the tasks that we do. As a matter of fact, that is one of the fewest things we do. At times, we will be called out for both family and first responders when a person has died. Most of the time, but not all the time, these are during shocking and unexpected deaths. I have been called out as a chaplain because of murders, suicides, fatal vehicle accidents, and tragic accidents. Other times, I have been called out when it was not a surprise, but still a shock. Examples of this are when someone has passed away because of an illness or disease.

As the chaplain on duty, the family is not my only concern. I also worry about and talk to the first responders who have seen – and sometimes, done more than see – death up-close. This takes a toll on everyone, and these men and women have to deal with this time and time again. There are resources provided by the city and state agencies that they work at, but sometimes, they often just need a prayer and an ear to listen.

As their chaplain, you might have seen me go into the police and/or fire departments just to check-in with those incredible guys and girls. I go to remind them that someone does care, just as many of the other chaplains do. I have gone on several “ride-alongs” with the police, and this gives me the opportunity to spend some one-on-one time with them to know them better.

Just because I am their chaplain does not mean they will automatically accept me or open up to me. Because of all of their dealings with the public, they have learned to be protective of whom they allow in and whom they don’t. The only way to be allowed in is by building relationships with them as individuals, and with their respected departments. It takes time and effort. It takes a willingness to invest some of your life into theirs.

That night on May 20, I was called out around 4 in the morning. When I arrived, as a chaplain and a pastor, all I saw was pain everywhere. I called in another chaplain to help me because the pain and the numbers were so great.

I will not divulge what family members or first responders said to me, but I will tell you that I prayed with both groups. I prayed a lot that early morning, and I haven’t stopped since. I pray for all that were involved and affected that morning. There are no winners here. Everyone lost.

Over the past several years, John’s family would come to church from time-to-time. Not often, and certainly not regularly. John didn’t come much at all. But then again, he often worked the night before. Since this event, we have seen John and his family in church more often. Some may take this cynically, saying that they are only going to church because John had gotten himself in a bad spot.

Okay, let’s say this is correct. I cannot tell you how often we pastors see people coming to church, or to see the pastor, once they have found themselves in a “bad spot.” Isn’t that one of the great things about God to begin with? I have said for years that everyone who walks through a church door on a Sunday morning has been invited and persuaded by the Holy Spirit. Oh, they may have walked in thinking they were there for other reasons, but most often, they will discover this wasn’t the truth.

This leads me to the third reason why I support John: I am now his pastor. Once you walk into this church and have decided you want to join, you are now one of my flock. I have a sign in my office that was given to me by a friend of my wife, and it states: “Nobody eats sheep while this shepherd is on duty.” I suspect that most pastors feel the same way about their members.

The fourth reason why I support John? Because I know John, and he is my friend. It’s called loyalty, and I would rather be wrong being loyal to a friend than being wrong by judging one.