Cap's Corner tackles the monstrosity of slavery and human trafficking 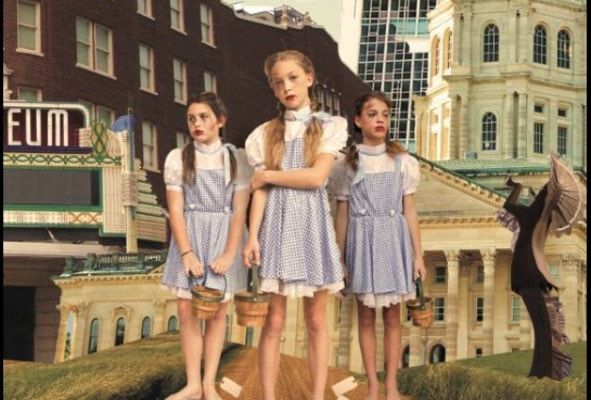 “The hearth is desolate. The children, the unconscious children, who once sang and danced in her presence, are gone. She gropes her way, in the darkness of age, for a drink of water. Instead of the voices of her children, she hears by day the moans of the dove, and by night the screams of the hideous owl. All is gloom. The grave is at the door.

“And now, when weighed down by the pains and aches of old age, when the head inclines to the feet, when the beginning and the ending of human existence meet, and the helpless infancy and the painful old age combine together – at this time, this most needful time, the time for the exercise of the tenderness and affection which children only can exercise towards a declining parent – my poor old grandmother, the devoted mother of twelve children, is left all alone, in yonder little hut, before a few dim embers.

“She stands – she sits – she staggers – she falls – she groans – she dies – and there are none of her children or grandchildren present, to wipe from her wrinkled brow the cold sweat of death, or to place beneath the sod her fallen remains. Will not a righteous God visit for these things?”

This is the unforgivable sin, as far as I am concerned. Am I talking about how we treat our elders? Maybe. I recall hearing where the Bible says that we should stone our children if they disrespect their parents. It was not talking about young children. No, it was talking about grown children who do not take care of their aging parents. But no, that is not what I am talking about. At least not in full.

In Matthew 12:31 we read, “31 And so I tell you, every kind of sin and slander can be forgiven, but blasphemy against the Spirit will not be forgiven.” So, how does one blasphemy against the Spirit? There are many interpolations of this, but maybe the best one I have ever heard or even read came out of my wife’s mouth today. She said the unforgivable sin is not recognizing the spark of divinity, the Spirit of God in other people. Wow. Now you see why I married her. She has the spiritual gift of wisdom and knowledge.

So, what does any of this have to do with the quote in today’s article? A couple of weeks ago, I picked up the book “The Narrative of the Life of Frederick Douglass.” You see, I wanted to reread this wonderful book. But instead of thinking about the slavery of many years ago, I wanted to read this book with today’s slavery and human trafficking as the backdrop.

I can tell you it has been very difficult not to slip back into those years before the Civil War, and to re-hate that evil of all evil – that thing called slavery. Once again, I feel my blood boil every time I read the words “cowhide,” which is what the whip was called. You feel the evil of the dehumanizing that takes place in order for one human to feel good about “owning” another soul!

The slavery of Africans was a great and terrible thing, and one that we still need to learn from. But my fear, based on facts, is that we have not. Because once again, in America, we have human slavery all over again.

Did you know that the average age for a female to be introduced to sex trafficking is the age of 12? That’s the average! The average age for boys is 9! This should make every decent soul scream to God, to our legislators, and to our law enforcement agencies to stop this. On top of that, the vast majority of victims don’t even know that they are being victimized.

Very few victims are kidnaped. Most predators are local, and they are seeking our “high risk” kids. These kids are those that are having major struggles in their private lives, and it’s not just economic struggles. Middle-class and upper-class kids can be victimized as well. High risk kids may be involved in drugs, major battles with their parents, and maybe even victims or witnesses of domestic abuse – just about anything that creates such a state in our kid’s hearts and minds that they are seeking anything or anyone to give them hope, to give them what they are missing.

These predators manipulate our kids, and then start them down the road of dehumanizing them, even in their own eyes. They strip them of their worth and human dignity until they too feel that they are no better than what their predators have told them they are.

In re-reading “The Narrative of the Life of Frederick Douglass,” I see very little difference between the dehumanization of our African American brothers and sister in early American history, and that of what is happening to OUR KIDS today! The opening paragraph describes what happened to Mr. Douglass’ grandmother, a woman that had been the nanny of her “master,” and even his kids. But they had passed away, and a different member of the “master’s” family took over. Well, his grandmother was way too old for the field, nor any good to work in the “house.” The new master did not see any worth in this woman, who had raised so many children and grandchildren, and so he builds her a small hut out in the woods. He sends her into exile with no resources and no provisions for the sole purpose of dying.

This is how people see our children, nothing more than objects to use, abuse, terrorize, and in time to throw away. No human and no child should ever be treated like anything less that human.