Braman Board to submit audit to D.A. regarding Sandra Barrows 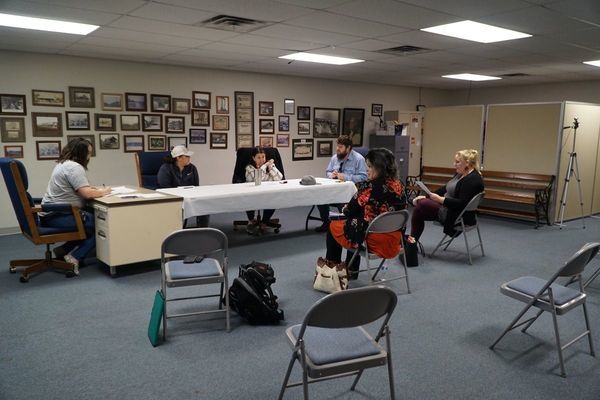 The Braman Board of Trustees has voted to send findings from the town's two most recent financial audits to the Kay County District Attorney's Office after board members alleged that the former town clerk misappropriated municipal funds.

The board's three members voted unanimously April 1 to send findings from the town's 2017-2018 and 2018-2019 financial audits to District Attorney Brian Hermanson so that he may consider filing charges against former town clerk Sandra Barrows.

Kimberlye R. Mayer, who was appointed as the town's independent auditor in June 2019, reportedly found duplicated financial transactions, voided and missing transactions, and other uncorrected financial errors in the town's records for the 2017-2018 fiscal year, totaling more than $10,000.

“Because there was little to no oversight, this employee was in a position to manage all aspects of the utility billing process including billing, receiving, depositing and recording payments in both the utility program and the accounting program,” Mayer said in the audit report. “The list of checks to be approved at the board meetings is also prepared by the same employee. The lack of oversight over the accounting and utility process enabled a misappropriation of the Town's funds.”

The town's 2017-2018 audit should have been completed by June 30, 2018, but it wasn't finished until August 2019. During the town board's April 24, 2019 meeting, then-trustee James Lunn said he believed Barrows was unable to provide correct information to the town's accountant on time.

“I don't believe she didn't not provide certain information to auditors, I believe that she was not able to get all the required information out because of not having access to it within that office, or not having access to adjusted numbers,” Lunn said. “For one thing, she was not an accountant, OK? I take responsibility for some of this, too, because I should have been up here making sure that it was pushed through. That's basically all I have to say about that.”

Barrows could not be reached for comment for this story.

The town's finances have been a point of controversy since April 2019, when political newcomer Marvin Allen Sandbek won a seat on the board by a mere four votes, beating out longtime mayor Michael Barton. While voters in Braman do elect trustees, it's up to the board to appoint one of its own members as mayor. Sandbek was appointed mayor in a heated April 16 meeting. Barrows walked out of the meeting and resigned the following day. The town's only other paid employee, the utility superintendent, retired May 6.

Sandbek said Barrows failed to turn over computer passwords and other financial information when she quit. Trustees were eventually able to regain access to that information, but they found that some financial records were missing, Sandbek alleged.

After allegations surfaced against Barrows, the board appointed Mayer in June to conduct an independent audit. Sandbek resigned in August, saying he underestimated how severe the town's problems were.

“The community was divided and opinions on both sides of 'the issues' were abundant and diverse,” Sandbek wrote in a publicly released resignation letter. “I chose to run a campaign based upon the idea of a 'Better Braman,' focusing on principles rather than personalities. [It was] a campaign message and philosophy of improvement and optimism. … However, it is now clear that I underestimated the full scope and detail of the goal to help create 'A Better Braman.' There are so many deficiencies and problems to address. It is difficult at times to know what to do first!”

The board appointed Lunn as the town's acting mayor after Sandbek resigned. He still holds that office.

The town's audit of the 2018-2019 fiscal year is also overdue, but trustees are expected to approve it April 7 and release it the public.

“We started looking over this audit, and we'll have to approve it at the next meeting,” Lunn said. “Obviously, we're taking actions to do what we feel is right regarding any kind of criminal doings or anything like that. We're going to put it in the DA's hands, and that's all we can do as far as this board is concerned. We'll know more in the coming months.”