It's time we stop making fun of "Twilight" 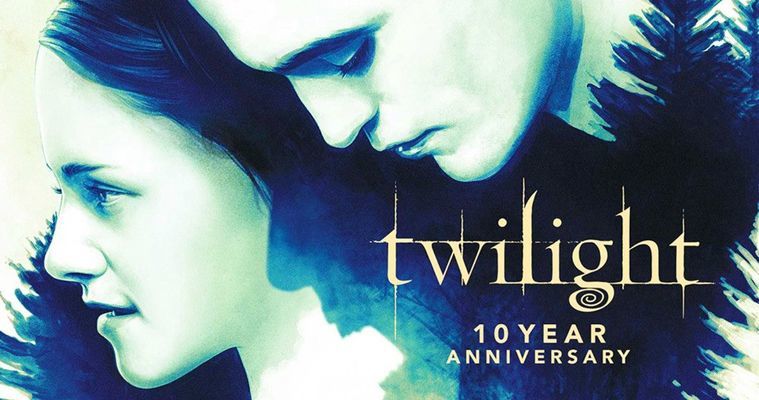 The 2008 vampire/romance film, TWILIGHT, was a cultural milestone when it released in the Fall of my Sophomore year of high school, and like any red-blooded Ameircan teenager I talked a good amount of crap on it before, ultimately, agreeing to see it on a date so I could get with a girl I liked.

So we rolled up to Ponca City's Twin Theater (RIP) and Me and the fellas- the lads, if you will- all laughed out loud numerous times at first during the film because it was cool to make fun of it. Edward was “gay”, Vampires “sparkled”, Kristen Stuart and Robert Pattinson “sucked” as actors, etc.

But then as the film went on, I was transfixed. My already forced laughter to make the star-struck teenager girls around us mad gave way to amazement...to wonder. TWILIGHT was cool. It was cool as Hell. Catherine Hardwicke made that film a stylish, moody, drama laced with some obviously intentional comedy and irony.

It had just enough schlock with just enough artistic merit that it would gracefully swim the lanes of Hardwicke's edgy, gritty, “chic-trash” THIRTEEN (2003) and her more mature, more artful (but still trashy) LORDS OF DOGTOWN. For every decadent, cinematic moment of drama and romance like Edward's bloody rescue of Bella in the dance studio, there was the iconic vampire baseball scene. This contrast is so shocking because they're both so well-done, that your mouth hangs ajar at the fact Hardwicke can basically just do it all.

TWILIGHT released in November 2008 with the film's 12th birthday coming up this year. After the first film, it spawned NEW MOON, ECLIPSE, and the finale was broken into two parts with BREAKING DAWN PART 1 and BREAKING DAWN PART 2. That stunt would later be emulated by “Harry Potter”, “Hunger Games”, “Divergent”, and to a lesser extent “The Avengers Infinity War/Endgame” to varying degrees of success.

Since then, the film has seen a resurgence in popularity. The tween girls who wore “Team Edward” and “Team Jacob” shirts have no embraced that in a sort of nostalgic irony mixed with genuine entertainment in the same way that brought the Jonas Brothers or NSYNC back to cultural relevancy.

I wrote in my piece about Robert Pattinson's casting as Batman for the 2021 film THE BATMAN that the reason he, more than any other actor, carried the Twilight-stigma was because “Dudes were jealous that their girlfriends wanted to sleep with Edward Cullen who, unlike the audience, didn't have a Monster Energy Drink decal on their truck, and say things like 'Shut up and make me a sammich'.”I could go for hours, but I'd be losing track of the subject.

TWILIGHT isn't a bad movie. It's a moody, angsty, little drama that became a runaway smash hit of a film, and that's respectable. It has fantastic music featuring a Who's Who list of the dying age of pop-punk as well as alt-rock icons like Muse, Paramore, Linkin Park, and Mutemath. The film is also gorgeous, thanks to cinematography by Elliot Davis who worked with such auteurs like Steven Soderbergh, Francis Ford Coppola, Spike Lee, and Joel Schumacher.

It was directing by a creative female director, based on a novel by a female author, that gave major and supporting roles to Indigenous actors and, within the plot, gave us an iconic female villain. If TWILIGHT was released now, it would be praised for that, but 2008 was a different era.

The fact is, TWILIGHT was damn good and it will always be damn good. Is it corny? A bit. Is it kind of cringey? Yes. But it had soul. It was stylish. It was just cool, and it knew it was. I'd take a million Twilight films over some corporate boardroom approved, soulless trash from Disney or whatever run-of-the-mill fantasy-drama has popped up on The CW this week.

So it's time we stop hating TWILIGHT. If men are allowed to run around unchecked and think that AMERICAN SNIPER is one of the best movies of all time or that BLACK PANTHER was good, we can all put on our grey coats, mash product into our hair, and proudly show off our “TEAM EDWARD” shirts long into the 20's.