Blackwell Police and Fire do drive-by birthday for little girl 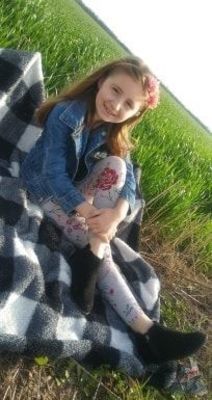 Jaycee Colclasure's parents were planning her the perfect birthday party. Then the coronavirus came to town.

“We did have a birthday party planned before all of this virus started, but since the virus, you can't really be around anyone else,” Toby Grigg, Colclasure's mother, said.

Since it entered the country earlier this year, the coronavirus has changed the way Americans go about their everyday lives – even here in Kay County, Oklahoma. State leaders are urging people to avoid close contact with others, limit the sizes of their gatherings, and postpone non-essential travel.

Much to Colclasure's dismay, non-essential travel includes going to birthday parties. But Grigg wouldn't let the virus stop her daughter from having a memorable seventh birthday.

So she had an idea: Have a parade of emergency vehicles for her daughter.

Grigg is a former dispatcher for the county sheriff's office, and Jaycee's father, Kyle Colclasure, is a deputy there. As her daughter's birthday drew near, she called the Blackwell Police Department and the Blackwell Fire Department. She asked first responders to drive by her home on Urbana Ave. in Blackwell on April 11 – Jaycee Colclasure's special day. Grigg and her daughter would sit on the front lawn as police officers, paramedics, and firefighters drove by with lights flashing and sirens blaring. Grigg made a post on social media about her daughter's special day, and she tried her best to keep her scheme a secret from her daughter.

And the plan went perfectly, she said.

“I tried to play it off,” Grigg said. “I was like, 'Let's just all go sit outside and play. It's nice out.' So I got a blanket and put it by the road. She looked at me like I was kind of crazy. But then, when she saw the ambulance and stuff coming towards her, she said, 'I knew it! I knew you were doing something!' It was priceless.”

But this wasn't just a parade of lights. People from around the community brought presents for Jaycee Colclasure, making sure that she could still have gifts to cherish.

“People were bringing her presents and cards,” Grigg said. “It was really nice. They just drove by and they'd hang them out the window, and she'd run out there and get them. She was so excited.”

Law enforcement runs in Jaycee's family. After all, her mother was a dispatcher, and her dad is a sheriff's deputy. Her grandfather was a police officer, and her grandmother was a paramedic. That's why, as her mother said, Jaycee “loves it so much.”

“That's all she really knows is law enforcement,” Grigg said.

Jaycee Colclasure told the Journal-Tribune that she really liked the presents she got. She got dolls and markers, among other gifts. She said she liked the parade, even though it was a little bit loud.

“The sirens gave me a headache,” she said.

She said it was lots of fun to see the lights on the fire trucks and police cars. She said the firefighters gave her big waves.

Though she loved the parade, she had a hard time deciding what her favorite part was. When asked whether she liked the firemen or the police officers more, she replied: “I don't know. Both.”

She'd like to say “Thank you” to all the people in the parade, and to those who gave her gifts.

Not even the coronavirus could stop this little girl from having the birthday party of a lifetime. And even though she could have a “normal” birthday next year, the parade takes the cake for being the coolest of all of her parties.

She put it this way: “Next year, I want to have that again.”