"It's about survival": City Council approves business loans during COVID-19 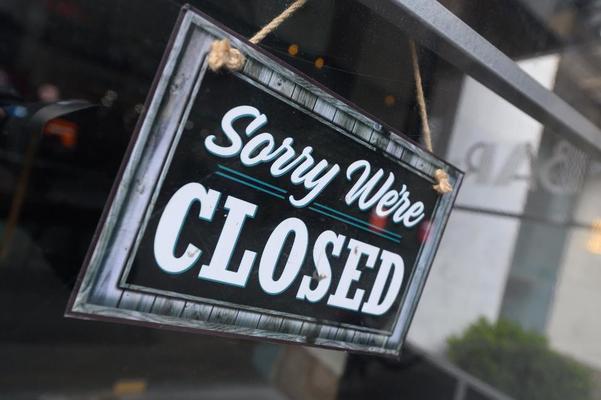 Members of the Blackwell City Council met Thursday night for their third meeting during the coronavirus pandemic, and Council members approved a small-business loan program for Blackwell businesses struggling due to the virus' economic impact. The meeting began with a list of inquiries by Councilman Jon Webb regarding the consent agenda.

City Manager Janet Smith answered Webb's questions. Smith noted that she and city staff are available every day throughout the week to answer council regarding expenditures.

He said it  “goes both ways”  and that Smith could give regular updates on projects. Smith again responded that it isn’t the questions that are out of line, it is the number of inquiries on expenses that are put off until a council meeting, and it would be more efficient to give staff time to gather documents prior to meetings than trying to go off memory.

The Consent Agenda also included several months’  invoices from Crawford & Associates, the City’s CFO, which were approved for payment after being tabled in previous meetings, until Crawford’s return. The Finance Report was then presented by Frank Crawford, and included detailed sheets from the General Fund and BMA, as well as the Capital Improvement Fund (formerly the Rec Sales Tax), and BPT Funds. Sales Tax info was included and the collections for April had gone down $28,874 from the prior year, but the year as a whole has still collected $253,281 more than was projected in the fiscal year budget (July1-June 30).

And finally, the long awaited approval for proposed budget amendment #5 that reconciles unexpected deposits, spending approvals given by Council for new allocations for projects, and additional monies needed to increase fund balances. Funds were allocated to increase the budget for financial and legal services, IT, to receive grant funds from Keep Oklahoma Beautiful and the Morgan Foundation, to accept BPT funds for the elementary school sidewalk project and for the pad at the new skate park, payments for emergency/public safety purchases, and transfer of funds from the BPT Medical fund and the hospital sales tax revenues.

The Council approved several items pertaining to work contracted to Nowak Construction for line replacement, and to schedule a pre-construction meeting for the sewer maintenance project. These items were discussed by Phil Briggs, Project Manager for Cowan Engineering.

The Council then recessed their meeting, and moved to the Blackwell Municipal Authority agenda. Council members, acting as the BMA Trustees, approved meeting minutes before discussing with Guernsey Engineering possible changes to the livestock pavilion at the county fairgrounds. Guernsey Manager Chris Carlsen discussed the desire to add new exhaust fans and motorized ventilation for the livestock that would be housed there.   Carlsen noted that new electric paneling is needed. He added that, as it stands, the building is not needed as an  “event-type”  building, but as more of a livestock-centered facility. He said the building doesn't  “lend itself well”  to cooling and ventilation.

The Council agreed for Smith and Guernsey to work together to revise the potential changes, noting that MKEC had done some work to engineer the building in the past. No action was taken. The Council then convened in executive session for a discussion on economic development, and returned without a motion, and to convene into the BMA for discussion of the Small Business Forgivable Loan Program. Kennedy and Smith presented the Council with information on the Small Business Forgivable Loan Fund at the last meeting, but made no move to ask for its approval.

City Manager Janet Smith spent considerable time gaining details of exactly how local small businesses were set up in Blackwell so that the program could expand to include as many businesses as possible.

“Since we last talked about the Main Street beautification program, the world has changed,”  Kennedy said.  “And while we were concerned about beautification, we're now worried about survival.” Kennedy noted how fast the federal government's small business loans dried up. He doubted that many Blackwell businesses received one. He said the money that was allocated to be used for the downtown beautification project would have a better use in the forgivable loan program.   “It's not a giveaway, we're contracting for service,”  Kennedy said.

“We're saying to stay open until May 31. Keep providing tax dollars, keep providing food for people, keep doing what you're doing, keep doing that, and we're going to help you out a little bit.”Kennedy also added that he had worked with the City of Fairfield to bring a similar program.   Webb asked how many business were in consideration for the loans. Smith replied that the loan program applies to most businesses in Blackwell, not just downtown businesses; however, franchises, chain stores, in-home businesses, and financial entities are not eligible for loans under the program, and that preference would be given to local businesses such as restaurants serving food and beverages, light retail, florists, and businesses promoting tourism and travel to Blackwell.

Vice Mayor Steve Marquardt said this is something good that the City of Blackwell can do to support small, home-grown businesses to  “at least give them a chance.”

Greenfield suggested lowering the loan amounts in order to provide more businesses with loans. Smith agreed, noting that the amount can be changed, and the funds could be used for whatever purpose the council decided. The initial program only allowed essential businesses, however, the final product includes non-essential businesses.

“Anything now is better than nothing,”  Smith said when discussing the proposal of changing the amounts to something smaller to spread around.

Webb, however, said he believes the city is  “sticking [their] hands in the pockets of the residents and taking money to hand to someone else.”

Smith noted the money was from the Blackwell Public Trust, not tax money, and that they weren't sticking their hands into the pockets of the people.   “If we're using the [BPT], then we're using money the city doesn't have. In effect, we're taking from the citizens,”  Webb said.

Webb said that businesses should have set money aside and planned for an event such as the coronavirus pandemic.  “I know a lot of people don't [have money], so that's not good business, so, you know?”  he said.

After more discussion, Greenfield, Marquardt, Beliel, and Smith all voiced their agreement with helping as many businesses as possible with the loan program.

The motion was made by Tom Beliel with a second made by Vice-Mayor Steve Marquardt. Four  ‘Yes’  votes were recorded with one abstention by Jon Webb.

Inside The City of Blackwell's Small Business Loan

Oklahoma to begin "Bounce Back Plan" from COVID...