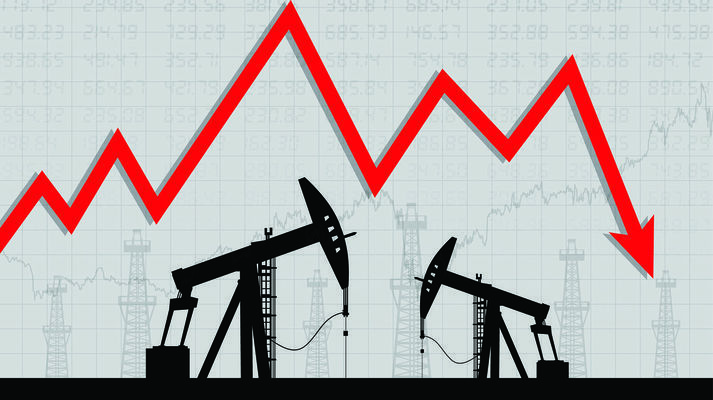 Oil prices went below $0 per barrel for the first time in history Monday as the economic impact from the coronavirus continues to sink industrial markets around the world.

Prices for West Texas Intermediate oil plunged to – $37.63 per barrel Monday, USA Today reported. Oil producers are having to pay to store oil, as the demand for it has been reduced.

Other stocks fell in tandem with oil prices. The Dow Jones Industrial Average went down to 23,650, a decrease of 592 points, USA Today reported.

Drivers across the nation are staying home to avoid exposure to the coronavirus, lowering the need for oil. In a number of states, residents are barred from making non-essential trips. Stores are closed and restaurants have shut down, leaving many Americans with little to do, nowhere to go, and not a lot of money to spend – especially for jobless members of the workforce.

Officials with Halliburton, a major player in the energy industry, reported a $1 billion first-quarter loss Monday. In a news release, Halliburton CEO Jeff Miller said he expects oil markets to remain low for the rest of the year.

“Our industry is facing the dual shock of a massive drop in global oil demand coupled with a resulting oversupply,” he said. “Consequently, we expect activity in North America land to sharply decline during the second quarter and remain depressed through year-end, impacting all basins. Internationally, we believe the activity changes will not be uniform across all markets. OPEC+ production decisions and the duration of pandemic-related demand and activity disruptions will ultimately determine the extent of international spending declines this year.”

Miller said his company, like others, will reduce costs to combat the downturn in revenue.

“We have been through downturns before,” he said. “We know what to do and will execute based on that experience. We are taking swift actions to reduce overhead and other costs by approximately $1 billion, lower capital expenditures to $800 million, and improve working capital. We will take further actions as necessary to adjust to evolving market conditions. We believe the actions we take will not only temper the impact of the activity declines on our financial performance, but also ensure that we are in a strong position, financially and structurally, to take advantage of the market’s eventual recovery.”

The news of historically low oil prices came as the Oklahoma State Board of Equalization declared a revenue failure of more than $416 million for the current fiscal year, which ends June 30. State officials attributed that budget shortfall to low oil and gas prices.

Stitt said state legislators and officials will find ways to mend the gap.

“I want Oklahomans to know that the Legislature will need to be fiscally conservative when it writes the FY21 budget,” Stitt said in a news release. “Even if we took our savings account down to zero, we would still have 7.5% less to spend than in FY20, and we’ll likely have another significant drop for FY22.

“These are difficult times for people across our state, and I want the Legislature and Oklahomans to have the latest information as we work on next year’s budget.”