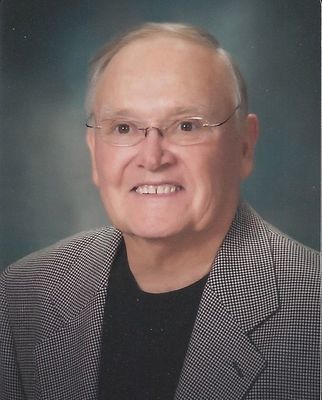 Gary Bruce Robinson of Tonkawa, Oklahoma, passed away on April 23, 2020 in Oklahoma City at Bellevue Medical Center at 80 years old.  He was born to Clyde and Martha Pickard Robinson on December 27, 1939 in the Tonkawa Hospital located on the property where Owen Auto Supply now stands.

Beginning his formal education at Pratt Center (a rural school), he came to Tonkawa High School as a freshman and graduated in 1958.  As an initiation into FFA, he was required to dress up as a girl with a dress and accessories riding 10 miles from the country to town on his motorcycle. His most prized possession in high school was his yellow 1957 Chevy.  At the age of 17 he joined the Oklahoma National Guard and served six years attaining the rank of Sergeant. He furthered his education by graduating from Northern Oklahoma College in 1960 and from the University of Oklahoma in 1963 with a BA in education.   By the way, he is a HUGE OU fan and a PROUD Tonkawa Buccaneer!  He married Judy McComas in 1961.  A daughter, Kelsey was born to them in 1962 and then a son, Kyle was born in 1964.

He began his teaching career at Star Spencer High School and taught there until he was enticed back to Tonkawa by his father-in-law, Delbert McComas, who owned the Starlight Lanes bowling alley and had lost his manager.  Rationalizing that he could always go back to teaching, he returned to Tonkawa and never left again.  Upon the death of his father-in-law he purchased the water well business from his mother-in-law, Shirley McComas, changed the name of the company to Robinson Water Well Drilling, and operated it for 40 years. The last few years of the water well business, he spent working side by side with his son Kyle.  There were many days after drilling wells, he would come home and he would go straight to the farm to get on the tractor and work until dark.  He spent many countless hours on the tractor and combine over his lifetime.  A third generation farmer, he farmed the home place west of town and other land for 42 years. He retired from both in 2002.

He first became interested in civic affairs and serving his community over 45 years ago when he was asked to run for Tonkawa City Council, was elected and served three terms; with two terms as Mayor.  Throughout the years as people saw that this was a man who gets things done, he became more and more involved.  He was a gifted leader and had served on many types of committee over his lifetime.

He had been the chairman of the Kay County Justice Facilities Authority from the day the Authority had formed in the planning stages of the new jail to be built,  A few years ago he decided it was time to turn that position over to someone younger and was currently serving as vice-chairman.  He became very close to some of the guys on that committee and he considered them to be friends for life.

He served on the Co-op board of directors for 15 years and was president for two years.  He has been a member of various committees or organizations including: president of the THS Alumni Scholarship Fund committee; chairman of Planning & Zoning committee; member of the Tonkawa Chamber of Commerce,  Kay County ASCS committee, OK Water Well Association and National Water Well Association.

He has been on many mission trips to Mexico Multiple Missions (3M), an orphanage in Guadalupe, Mexico (and served on the board of directors) for many years until several years ago when the director advised them not to come because of the drug war.  Other mission trips have been to Russia and Romania. A member of Christian Life Church, he had served as a Sunday school teacher, Elder, Deacon,  Board Chairman and Trustee.

He was also chairman of the Tonkawa Pride and Beautification Committee.  This committee is responsible for determining what should be done to make Tonkawa a more inviting place to live, and then trying to create that environment.   His natural inclinations have always been to notice things that need to be repaired, cleaned up, or removed, be it downtown, residential or wherever he was. When it was his turn to water the downtown flowers he would also pull weeds from the sidewalk and curb, picked up trash and noticed some places that nobody was tending to.  One night after dark he thought it would be fun to work incognito. He took his weed eater and lopping shears to areas downtown and Ray See Park and cleaned up some long neglected areas that he considered to be eyesores. Probably nobody noticed but it made him feel better. Creating a favorable impression of our town for people who live here as well as those who might be visiting or driving through was something he was very proud of.  His own yard testifies to the fact that appearance was important to him.

Highlights of his life included his yellow 57 Chevy in high school,  a red Corvette (his fun car in later years), lots of fun trips camping and water skiing, snow skiing and vacations with family and friends,  watching westerns on TV, reading lots of books, spending fun times with his kids and grandkids, and attending and cheering at all of their sporting events.  His best buddy, Jake, a little white Maltese, went with him everywhere.  They were inseparable.  He was well known as a big tease and was very affectionate and a perfectionist in everything he did.

He leaves behind his wife Judy of 58 years;  daughter Kelsey Smith and her husband Neal;  son Kyle Robinson and his wife Rebecca; and grandchildren: Ashley Smith and fiancé Roman Revard;  Kyleigh Harris and her husband Josh Harris; Colton Esch and Carson & Kinadey Robinson, many cousins, nieces and nephews; and Jake, his constant companion.

He was preceded in death by his parents, Clyde and Martha Robinson, sister, Carolyn Willis and grandson, Taylor James Smith.

He was a strong Christian man and a godly person, a spiritual mentor and loyal friend to many, generous with his time and money when someone had a need, was honest, dependable, responsible and highly respected by all who knew him.  He will be missed deeply.