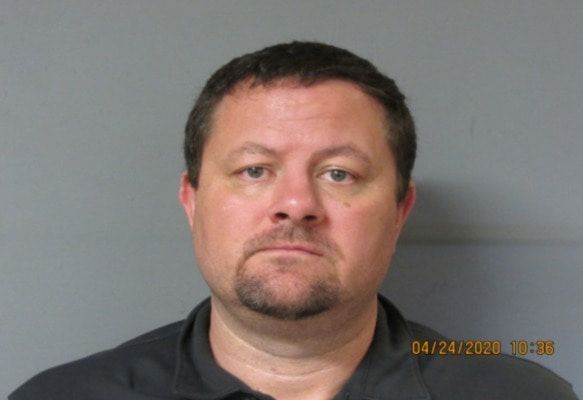 The Kay County Sheriff’s Office has arrested a former Blackwell Police Officer and current Tonkawa Tribal Police officer was arrested last week. Claude Gayle “Joe” Cassady, 43, is alleged in court documents to have committed multiple acts of lewd molestation with a minor family member over the course of two years.

The affidavit on file with the courts allege that on four different occasions Cassady was inappropriate with a minor child.

The acts are being alleged to have started in September 2018 until the child told her mother about it earlier this year. As part of the investigation, Maggi Hutchinson, a forensic interviewer for the Dearing House Child Advocacy Center, interviewed the alleged victim on March 26. In the court affidavit it outlines the allegations and several other witness statements about Cassady’s activities. The victim is also alleging that Cassady put electronic recording devices in the victim’s shower.

Investigators also interviewed the victim’s mother who found out about the issues around March 20 and another witness who alleged Cassady was known to pick the victim up from school while on duty at lunch time.

Cassady was charged on April 22 and the initial appearance was on April 23 with a $75,000 bond. The bond was reduced to $35,000 with the understanding that Cassady would turn himself in by noon on April 25.

Court records show Cassady was released on April 27 on the $35,000 bond. There was a no-contact order attached to the bond and Cassady is due back in court in May.