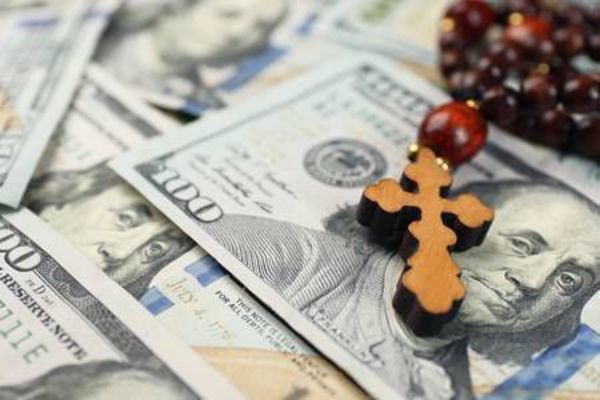 Luke 19 opens up to one of the most beloved stories about Jesus. It is the story about Zacchaeus, who was a small statue of a man. Because he was so short, he was willing to climb a tree just to get a glimpse of Jesus. This is such a popular story that there is even a children’s song about it.

Of course, this system was designed from the beginning to be corrupt and take advantage of the Jewish people. The tax collectors were protected by the Roman Empire, and there was no recourse for the average person who had been cheated.

So, let’s take a look at how that played out if you lived as a Jew in Jesus’ day. You have a fellow Jew who is not just willing to help the very people that conquered your country, but who has actually paid your enemies for his own financial benefit. And, to add insult to injury, this fellow Jew – a traitor in most Jews' eyes – has been lying and stealing to and from his fellow Jews, making himself richer by making his fellow countrymen poorer.

This Jew, this tax collector, this Zacchaeus, was one of the most despised and hated humans in the area. Almost all of his fellow Jews might hate the Romans, but at least the Romans were true and loyal to their own country. But this Zacchaeus has betrayed everything that it means to be a Jew by betraying Jews.

In the eyes of Zacchaeus’ fellow Jews, Zacchaeus would be the least Jew, the least of all humans that deserved to have the honor of receiving Jesus. And yet it was Zacchaeus that was chosen.

I can understand the people’s dismay that Jesus decided to go home with Zacchaeus. I can imagine some thinking that Jesus didn’t understand whom he was going home with. However, we know this is not true.

Jesus knew exactly who Zacchaeus was. Zacchaeus was not just a normal sinner; this man was the most disgusting of all sinners to his fellow Jews. Jesus, who never flinched from doing what was right because others thought it was wrong, knew that the righteous did not need Jesus (the cross). Or, more accurately, their self-righteousness prevented them from receiving God’s grace and mercy at the cross.

Jesus answered those self-righteous people by saying, “For the Son of Man came to seek and to save the lost.” He came to save the lost, but this statement begs the question: “Who is the lost?”

I want to point out that, in this story, Zacchaeus was a wealthy man, and he was the “lost.” There are two reasons why I want to point this out. The first is that Jesus spoke more against the dangers of wealth than He did about sin. So, this should be no surprise to us that when Jesus came across this wealthy person, He knew that this man was a lost soul.

I am not saying that all wealthy people are lost souls, but I am saying that Jesus recognized that being wealthy was often the reason for souls being lost. There is just something about large amounts of money that seems to have a natural desire to destroy the soul. This is not about class envy or class division. It is just a reminder that wealth can corrupt the soul, just as it did to Zacchaeus.

The second point is this: Even rich people need Jesus. At first glimpse, one might think nothing of this statement, but it is mostly pointed to those that have money. It has been my experience that many wealthy people feel as if they don’t have the right to complain about anything in their life, and this is simply not true.

No matter anyone’s station in life, there will be suffering. To say one group or another group should not complain is simply not realistic, nor is it healthy. The owner of a company that employs one hundred people does not worry about making sure his family has food on the table; instead, he or she worries about making sure that those one hundred employees have a job to place food on their families' tables.

Who is the lost? We all are. Each and every one of us are lost without Jesus. No matter your station in life, Jesus is not just willing to come to your house – he is wanting to come to our house. I am thankful that I am part of the lost ones because Jesus is often at our home, and I am so grateful for Him coming.