Oklahoma Economy to get worse before it gets better 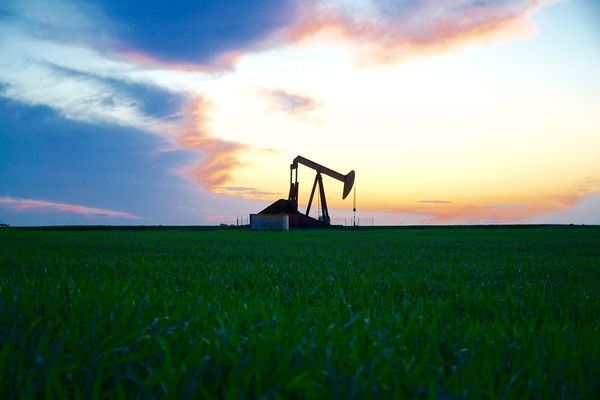 A recent downturn in the oil industry in Oklahoma could temporarily cost the state 10,000 or more jobs in the energy sector, economic analysts say.

Prices for West Texas Intermediate crude oil, which is used to make gasoline, dropped below $0 per barrel for the first time in history April 20.

Economists at Oklahoma State University say an economic slump brought on by coronavirus-related business restrictions has caused the downturn in prices.

Across the nation, businesses like restaurants and stores have been shuttered in an attempt to stop the spread of the novel coronavirus. Millions of Americans are unemployed, and local governments are grappling with reductions in the revenue they need to fund daily operations.

Dr. Dan Rickman, an economics professor at the Spears School of Business at OSU, predicts that Oklahoma's economy “will get worse before it gets better” due to the impact of the coronavirus.

Oklahoma, a state heavily dependent on the oil industry, could take longer to recover than other states, OSU researchers said in a recent economic forecast. The second fiscal quarter could show signs of improvement, however.

“We’re not experiencing as severe a drop in the second quarter because the energy sector has a lag response to price changes, but as we start restoring parts of the national economy later this year, we’ll still face the fallout from the decline in the energy sector. That will give us additional weakness through to the end of the year,” Rickman said.

The success of the economic recovery could be determined by how quickly businesses reopen.

In Oklahoma, state officials allowed some personal care businesses like salons and pet grooming shops to reopen April 24 as part of a three-tiered plan to restart the economy. That news came days after state officials declared a revenue failure of more than $400 million for the current fiscal year. They predict a revenue shortage of more than $1 billion for the next fiscal year, which begins in June.

But coronavirus-related economic restrictions may not be the only causes of the price drop.

“Despite recently agreed to production cuts by Russia, Saudi Arabia and members of the Organization of Petroleum Exporting Countries (OPEC), the global oil market is still well oversupplied as the price of oil has failed to stabilize,” Inhofe wrote in an April 20 letter to Ross. “It remains clear that the Saudis and Russians continue to flood the global oil market in what I view as an effort to crush American oil and gas producers and capture their market share. These actions are hindering our economic and national security. Given these unfortunate circumstances, more must be done.”

Harold Hamm, chairman of Continental Resources, Inc., believes the price drop may have been caused by computer errors at the Chicago Mercantile Exchange. He is calling for an investigation into the matter.

“Continental Resources, Inc. is requesting an immediate investigation by the Commodity Futures Trading Commission (CFTC) of WTI crude oil futures traded on the Chicago Mercantile Exchange (CME) for possible market manipulation, failed systems or computer programming failures in the WTI prompt month May (20), and oil futures contracts on the CME,” Hamm wrote in a letter April 21.

“Continental has also lodged a complaint with CME. As shown below, the unprecedented, historical event of WTI crude oil trading at negative prices for the first time in history and the circumstances surrounding the trading shows the system failed, negatively impacting a significant part of the American economy. Not only did WTI crude futures trade negative, they settled at a bizarre minus $37.63.”

“The sanctity and trust in the oil and all commodity futures markets are at issue as the system failed miserably and an immediate investigation is requested and, we submit, is required,” he wrote.