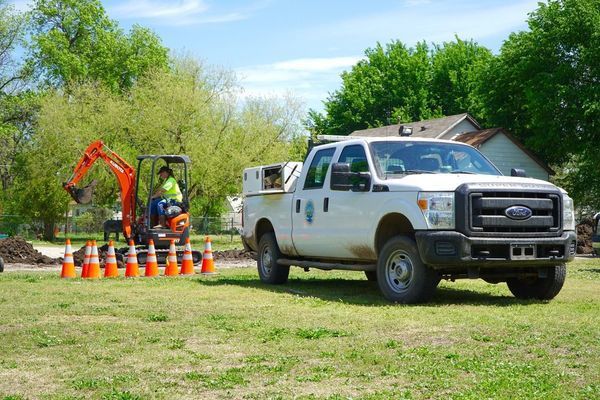 A 15-year-old Blackwell male is facing five felony charges and two misdemeanor charges for allegedly stealing a heavy-duty truck belonging to the City of Blackwell, driving the truck to Tonkawa to steal beer from a gas station, and spitting on a police officer after being arrested.

Officers with the Blackwell Police Department took the juvenile into custody around 7:30 a.m. April 30 at Beatty Rogers Park.

Blackwell officers have recommended that the juvenile be charged with one count of larceny of an automobile, one count of conspiracy to commit a felony, one count of possession of a stolen vehicle, two counts of assault and battery on a police officer by bodily fluid, and one count of resisting arrest.

Blackwell Chief of Police Dewayne Wood said the truck, a 2016 Ford F-250 Super Duty used by the Blackwell Water Department, was stolen between the night of April 29 and the morning of April 30 from the 300 block of South First St. Officers found the truck Thursday morning in the 1100 block of East College Ave.

The juvenile allegedly did not tell officers why he chose to “ditch” the truck there.

Wood said the juvenile allegedly drove the truck to The Trading Post gas station in Tonkawa and stole beer from the store.

“We also think that he is going to be connected to a beer run in Tonkawa in the early morning hours of [Thursday] morning,” Wood said.

The juvenile allegedly spit twice on an officer while at the police department.

Tonkawa Chief of Police Nick Payne said his officers are assisting Blackwell officers in the investigation.

Wood said his department will investigate whether the juvenile is tied to any other recent car thefts in Blackwell.

“We’ve had some in Blackwell here lately, and that’s something that we’ll look into to see if there’s any connection with those,” Wood said.

Officers are also investigating another juvenile whom they believe to be a possible accomplice, Wood said.

The truck was not damaged, Wood said.

To report suspicious behavior or information about vehicular thefts, contact the Blackwell Police Department at 580-363-5490. Those who wish to provide information anonymously may call the local Crime Stoppers hotline at 580-762-5100.