Entertainment: Why can't you selfish people just stay in? 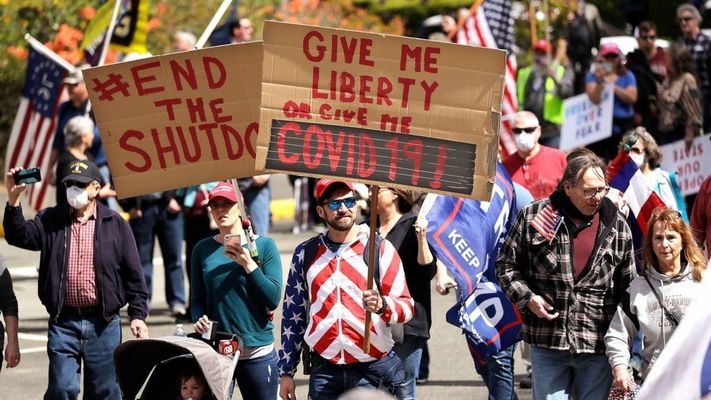 With the cancellations of just about every single thing under the sun thanks to COVID-19 this year, I have been hit especially hard.

I was upset about both, but I understood it. I understood that safety is more important than me and my friends dressing up in wacky costumes and getting drunk for 48 hours of a weekend in some lavish hotel, attending panels and interacting with fellow costumed fans celebrating anime, manga, comic books, film, and pop culture.

I worked especially hard on my cosplay for Naka, and I was devastated to say to the least. These are the only two things that keep me going,

So if I could get over it and accept that in 2021, when things hopefully return to normal, why can't you?

All over the news theres reports of people being attacked and heckled by angry folks who are tired of being at home. Some kids who worked at a McDonalds in Oklahoma City were literally shot at because they wouldn't allow people into the dining area. That is insanity.

Those of you who DEMANDS things to reopen and threaten violence against fast-food workers, waitresses, business owners, for trying to keep people safe are, for lack of a better word, selfish. And you make us all look bad by doing it.

I'm mad as Hell that I can't go to the movies, or walk around inside Gamestop, or do much of anything normal right now. But I'm not mad enough to believe the world revolves around me, and actually take violent action because of it. There's reports of being with machine guns protesting that things reopen, that cities go back to normal before the all-clear tells us to. What is wrong with you people?

Do I think Oklahoma is in the right place to reopen and go back to business as usual? Hell no. But Im going about things the responsible way. I sanitize my hands, I keep my distance, and I consider the safety of the people I interact with.

This is a difficult time to live in, and we've all been in the same boat since March. We've all been aggressively developing cabin fever, wanting things to go back to “the way it wuz” but it's not yet, and you're only making it worse by being monsters about it.

So please, for the love of God, just wear your masks. Wash your hands. Keep your distance. Be CONSIDERATE so that we can all go back to our movies, and our conventions, and all the things we love doing. If I see one more person on Facebook actively demanding that we take up arms and start a militia just to get back into Red Lobster or whatever, I'm going to lose my mind.