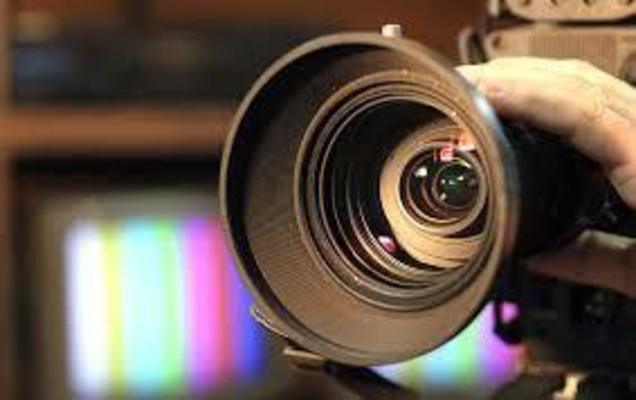 The truth dies in darkness. Bill Williams was the light we needed in Kay County.

Williams, known for relentlessly recording public meetings across the county, died May 8. He was 58.

Williams was a stalwart for openness and transparency in government. He and his brother Claude attended meetings of the local school board, city council, county commissioners, and any other government entities they could find. They had records of virtually every public meeting that had been held in Kay County since … I don't even know when. They were filming meetings for as long as I can remember.

When I first started attending public meetings with my parents as a teenager, I didn't really understand why the guy in the corner of the room was always recording meetings. It wasn't until I started reporting for the newspaper that I understood just how meaningful his work was.

Minutes and agendas from meetings are hard to track down. But it was always easy to call Bill and ask for a DVD of a meeting. He'd pull a copy off of his shelf and give it to the person who needed it for free.

On more than one occasion, I was that person. I've been working at the Journal-Tribune for three years now. When I was new, I used some of his recordings to fact-check my own reporting – and on one occasion, to correct it. While covering a city meeting one time, I mistakenly wrote down a wrong number. And I printed it. Once some folks brought it to my attention, I called Bill, got the DVD, and watched it. Yes, I was wrong, and I was able to correct my mistake thanks to Bill. He was there with his camera.

Though he wasn't a journalist by professional standards – he didn't have a press pass or work for a newspaper or TV station – he was an outstanding citizen journalist. He never got paid to cover any meetings. He never got thanked by public officials. And looking back, I realize that I never thanked him enough, either. He was doing everything I was doing and much, much more. To an outsider, it seems simple to go and record meetings with a camera. But Bill did way more than that. He synthesized that information and kept track of it for his entire life. I would dare say he knew more about government functions and actions than most of the elected officials he filmed. He was soft-spoken and smart, and he was strong-willed when it came to providing information to the public.

While I've only been a journalist here for a few years, my good friend Sharon Rowen has been covering Kay County's criminals and politicians for years. (The two groups are one and the same more often than we'd like to think.) She remembers Bill as someone who never stopped searching for the truth.

“I first learned of Bill and Claude Williams in the early stages of my Ponca City News career from fellow reporter Korina (Atchley) Dove,” Rowen said. “We were chatting about open record concerns when she mentioned that 'The Boys' record the meetings. Soon after, I met Bill and Claude, a.k.a. 'The Boys.' At the time, they were the only people in the county who attended more meetings than me. If there was a meeting, they – or at least one of them – were there recording in an attempt to hold elected officials accountable. I remember being in disbelief when I learned that they even recorded the Blackwell golf course meetings, and that they would do all of this for free. To spend as many hours as they have attending public meetings demonstrates a true passion for the Open Meetings and Records Acts. The area has lost an open-meeting warrior with Bill’s untimely passing.”

Dove, former managing editor of the Journal-Tribune, remembers Williams as a watchdog who fought to protect the First Amendment.

“In my 17 years as a reporter, I never met any citizens as proactive in city and county government as the Williams brothers,” Dove said. “It’s hard to honor one without honoring the other, even though Bill deserves his own personal list of praises. Not only did they attend open meetings, but they recorded them and held officials accountable for their words and actions. The brothers provided some of the best tips and most accurate sources of information for the BJ-T and, more importantly, for the community it serves. Blackwell and Kay County lost a strong half of one of the best watchdog duos in the State of Oklahoma. Not many citizens even know what the Freedom of Information Act is, but you can bet that the Williams brothers have been fighting for it and helping to protect it on the behalf of citizens for many, many years. They are as much members of the Fourth Estate as any journalist I know.”

Bill Williams fought hard to uphold our First Amendment rights, and he is to be commended for his life's work.

HBO's WATCHMEN is necessary in the age of masks...

'Unity' is part of 'Community' during COVID-19

Steps for a successful senior year