From 'Suds' to 'Johnny's': Blackwell bar gets new life 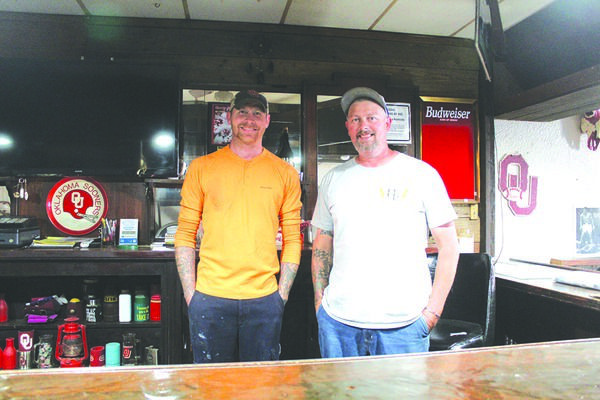 Blackwell's iconic Sudsuckers Bar, located on North Main St., is getting a facelift and a new name – Johnny D's Lounge – as its new owners settle in.

Johnny D's will open as a beer and wine bar, according to one of its owners and operators, Johnny Dice, for whom the bar is named.

“We'll be focused on offering beer, wine, and hosting entertainment,” Dice said. “We plan to have pool, cornhole, and darts tournaments, and when sports season comes back, we'll have football, basketball, and golf to watch.”

Sudsuckers, shortened most commonly to “Suds,” was a Blackwell staple for over 20 years and instantly recognizable by its University of Oklahoma “crimson-and-cream” interior, which featured floor-to-ceiling OU decorations and memorabilia. Dice and co-owner James Matthews said they will be retaining the OU “charm” while also opening the bar up to more fans.

The duo, owning and operating the bar with their wives Michaela and Leona, respectively, said they plan to offer import beer, keg beer, a wine selection, and more when the location reopens in late June.

Along with the new products, Johnny D's will be getting a makeover.

Plans include raising the ceiling in the building to make the location feel more breathable, building several high-tables into the wall, and repainting the bar itself.

Lighting will also be added, and there are plans for the patio area to be expanded and touched up as well.

“This is something we've been talking about doing for a long time – probably three or four years,” Dice said. “I've been coming here since I could drink, and it's been a passion of mine to see this place go on.”

Johnny D's will offer a happy hour, free pool, and more specials, which will be announced at a later date.

They will also keep the TouchTunes musical jukebox.  Johnny D's Lounge can be found on Facebook, where more information will be made available.