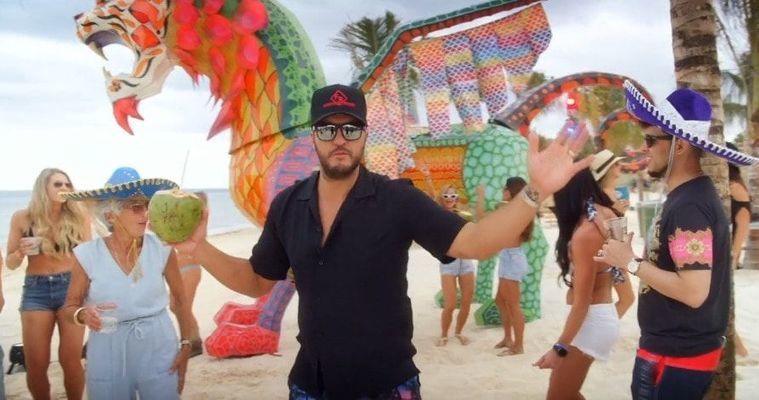 I get where “pop country” haters are coming from, but it's time to admit something.

It's time to admit that Luke Bryan makes bangers.

For every terrible Luke Bryan song (and there's a few) like “Country Girl”, “Kiss Tomorrow Goodbye”, “Huntin Fishin and Lovin Everyday”, and the 50 Shades of Grey-Meets Walmart Love story “Strip It Down” there's so many more absolute bangers that outweigh it.

For instance, when Bryan burst onto the country music scene in the late 00's with the catchy and fun “All My Friends Say” and, in that same year, the melancholic and emotional “We Rode in Trucks” from his debut album “I'll Stay Me” he was seen mainly as another handsome face in the country scene.

From then he's sort of settled into a straw cowboy hat-wearing, sandals-and-sun yacht rocker in the vein as celebrated icon Kenny Chesney, but with seemingly more of an ironic take on country music traditions.

Bryan excels at “the Summer song”. Songs like “Drunk On You” were inoffensive at best, and hits like “Sunrise, Sunburn, Sunset” were excellently catchy as well as “Rain is a Good Thing”

His latest hit, “One Margarita” is maybe the catchiest song I've heard all year.

Discrediting Luke Bryan as a “pop country” singer is lazy, especially when Kenny Chesney, whom I mentioned earlier, fills a similar niche of beach-country for casual, easy listening. Kenny Chesney, by the way, has put out a slew of songs in a similar vein as Bryan like “American Kids”, “Get Along”, “All The Pretty Girls”, and “When The Sun Goes Down”.

There's so much worse than Luke Bryan. Let's look at “Dan + Shay” and their ear-bleeding “romantic ballads” like “Tequila” and “Speechless”, two of the worst songs I've ever heard in my life maybe. Or let's look at Sam Hunt, a “pop country rapper” who talk-raps through his songs in a way that is just weird and unappealing. Chase Rice is another one, or maybe Florida Georgia Line?

It appears the people who vehemently hate the “bro country”, “pop country” whatever artists are the ones who think liking “red dirt” artists like Koe Wetzel, “COJO” Cody Johnson, or Turnpike Troubadours are personality traits rather than general interests.

Now none of those three are bad. I enjoyed several Turnpike songs when I was going through my edgy sad breakup phase in 2018 and still look back fondly on them. I wil lsay that Koe Wetzel has the most insufferable fanbase of any country artist ever, because people think “tell them sunuva bitch to take me to Taco Bell” or whatever is a lyrical gold-mine when it comes off as more edgy shock lyricism that tries to imitate Johnny Cash's attitude without the swagger.

I like Cody Johnson too, I guess. Rodeo is the only song I know. But none of these artists really give anyone “cred” to dump on Luke Bryan just because he makes songs about dirt roads and margaritas instead of homeboy from Turnpike who gets addicted to drugs every other week and keeps breaking the band back up because he's selfish.

So maybe the “red dirt nation” should settle for One Margarita instead of Gin, Smoke, and Lies every once in a while and they'd be happier for it.

"You're the Indian now."- YELLOWSTONE is back a...