Graveyard Smash: Why we love our monsters 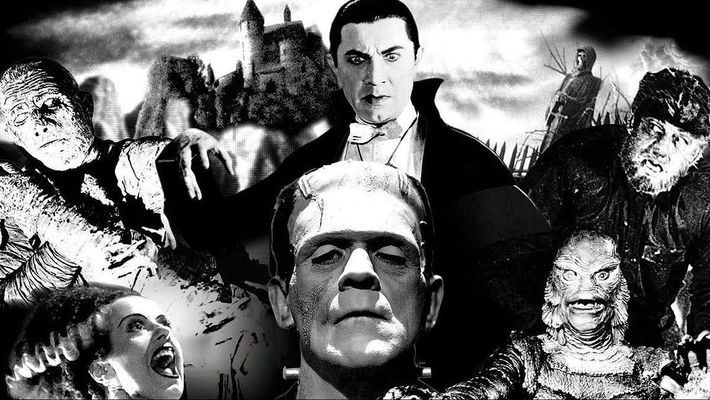 “There are far worse things awaiting man than death.”

Our monsters will always endure.

Just before the nation was crippled by the coronavirus pandemic, one of the last blockbuster films to be released was Universal's THE INVISIBLE MAN, a cutting-edge and timely reboot of the iconic film franchise which began with Claude Rains' 1933 picture, adapted from H.G. Wells' novel.

In my review, I raved that the film was “a stunning reinvention of Universal's classic horror films, and is a bold, artistic, step forward in what to expect from the inevitable reboots of icons like Dracula, The Wolfman, The Creature from the Black Lagoon, and more, proving that the same figures that haunted the dreams of your parents and grandparents are back, in force, to haunt yours.”

Universal Studios has, since the film's smash success, began work on a Frankenstein project to be helmed by horror maestro James Wan, a reboot of the Wolfman starring Ryan Gosling, a film about Renfield (Dracula's slave), and the seemingly always-in-development take on Frankenstein's Bride.

Why do these monsters endure? What makes them so special? The Invisible Man is a story about a man being driven mad by power, “meddling in things man should leave alone”.

Dracula, perhaps one of the most famous movie monsters, has gone from a chilling and sexual terror to an almost sympathetic romantic. Still, a monster, but transformed into takes like a Goth-rock pimp (2004's Van Helsing), a sympathetic lovesick animal (Gary Oldman in Coppola's 1992 DRACULA), and a brooding hero wronged by fate (2014's DRACULA UNTOLD).

The Mummy, another monster in Universal's catalogue, has always been a romantic creature. In the 1932 original his love, Princess Anck-es-en-Amon perished and he was hoping to bring her back. Perhaps more sympathetically in the dazzling and incredible 1999 feature film, Imohtep, was a spurned priest who had to hide his and Anck-es-en-Amon's love affair before they were both murdered as punishment. The 1999 one is a bit more edgy, daring, but still...once...human. In love.

This was subverted in the critically maligned but relentlessly creative 2017 film THE MUMMY starring Tom Cruise when the antagonist, the titular 'Mummy', is Princess Ahmanet. The 2017 film makes a much bigger deal out of love and destiny, and while the Princess is still a “monster” and the film's antagonist, she is yet another character wronged by fate.

It goes without saying why Frankenstein's Monster is a tragic character. He has never been necessarily evil, and is constantly portrayed as a lost and misunderstood creature. The Wolfman represents duality- man and beast- and hysteria. The Gill Man, the “Creature from the Black Lagoon” is seemingly nothing more than an animal, but even he longs for affection from Jule Adams' Kay in the 1954 film.

Black and white. Color film. These creatures have endured to stand the test of time. Sure they prosthetic makeup and wigs turn into CGI and lavish costumes, and the origins might change from, say, an “invisible potion” to a highly advanced suit...but these monsters are still with us. Something about them captivates us, and sucks us in. Theses terrors our parents and grandparents watched at drive-in theaters or on late-night TV have endured nearly a century, and never the same one twice. 2004's Hugh Jackman feature VAN HELSING couldn't be any more different than 2009's THE WOLFMAN or 2020's THE INVISIBLE MAN, but we love them because in these monsters maybe we see ourselves. Everyone has felt misunderstood or afraid, or paranoid. Everyone has felt ostracized, felt in love.

We've all been Dracula, or The Wolfman, or The Mummy.

So with the next Universal creature, THE WOLFMAN, set to follow Ryan Gosling as determined (or deranged) reporter who gets cursed to turn into a creature of the night...what will that say, in 2021? Much like the original, we still fear the unknown. Culturally, spiritually. New things frighten us. And when we have kids, new things will frighten them. And I bet they'll have their own Dracula, their own Mummy, their own Frankenstein's Monster to turn to.

"You're the Indian now."- YELLOWSTONE is back a...