Class of 2020 Graduates; Board of Education hires 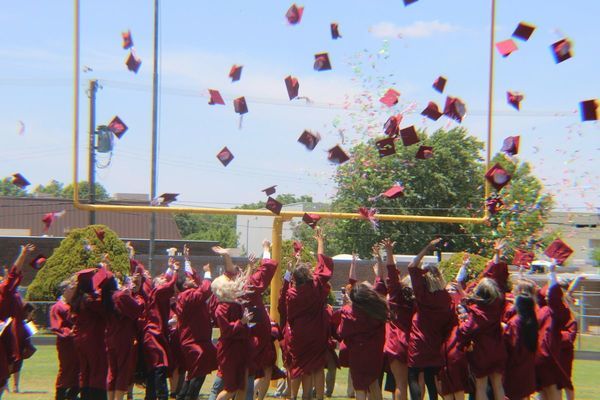 The Blackwell Board of Education conducted a regular meeting Monday night in which Shawn Haskins officially took his seat as the superintendent of Blackwell Public Schools, a position held by Rod Reese for the past year.

The meeting began with the board approving various items on the consent agenda, such as the treasurer's report, school funds, and more.

The board hired Jamie Burtner as Child Nutrition Director along with Gerald Magin as BHS Principal, Amber Daniels as Special Education Instructor, Ashlyn Brite as BMS Science Teacher, Belinda Satterfield as a BES Teacher, Ian Waycaster as a BHS custodian, andMelody Simon, Paula Derosier, and Kelle Matthews as custodians. The Board also approved transfering Masie Peetoom from the BMS Admin Assistant to the BHS Admin Assistant and Heather Barriger as a BES Para to the BMS Admin Assistant position.

To play it safe with recommendations from the Centers for Disease Control regarding social distancing following the coronavirus pandemic, Blackwell's Class of 2020 graduated on the football field, a feat which hasn't occurred since the 1970s. This allowed for more space and better lighting. No particular seating arrangements or “tickets” were required to attend, practices which have caused difficulties in the past, Haskins said.

“I went to several graduation parties, I talked to a lot of people, and I expected a lot of negative feedback about the heat, about it being outside,” Haskins said, “but I didn't have one single complaint. Not one. We got a lot of positive feedback and hope to do it again moving forward.”

Haskins said officials are in the idea-stage of holding graduation outdoors from now on. He noted that, because graduation usually falls on a warm Mother’s Day weekend, school officials had been mulling over the idea of holding the graduation ceremony around 7 or 8 p.m. on a Friday to allow for cooler temperatures, and for the stadium lights to be turned on.

Haskins reiterated that this is merely an idea. Nothing is set in stone yet, he said.