Review: THE WRETCHED scares up a return to theaters 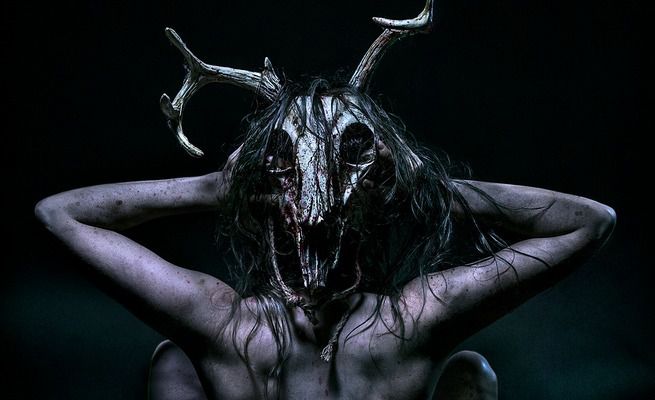 “This movie just got good.”

Cinemas are slowly opening back up, and while those who wish to stay closer to Blackwell and Ponca City wait to see if Ponca's AMC will be returning to life, the Cowley Cinema 8 between Winfield and Ark City is back in business playing throwback hits like THE BREAKFAST CLUB, SHREK, TRUE GRIT, and a selection of films that were circulated just before the coronavirus pandemic closed cinemas across the globe such as the Vin Diesel actioner BLOODSHOT, the K.J. Appa Faith-based film I STILL BELIEVE...

...and the independent midnight-movie throwback THE WRETCHED, which I returned to the cinemas this past weekend to check out.

THE WRETCHED is an independent film distributed through IFC which made headlines as one of the first movies in two years to hold the #1 spot at the box office via drive in speciality theaters. Now, it was #1 by virtue of having ZERO competition but still, it's impressive to see a TRULY independent film- a horror throwback no less- capturing the hearts and minds through good old fashioned drive-in entertainment.

THE WRETCHED, directed by the Pierce Brothers, is a paranormal take on homebody-hero hits like Hitchock's REAR WINDOW and that film's early-2000's remake DISTURBIA. We're introduced to the angsty Ben (John-Paul Howard) who is sent to a sleepy seaside town in Michigan to live with his dad in the face of his parent's imminent divorce. Upon his arrival, Ben falls for the plucky girl Mallory (Piper Curda) who works at his dad's marina...and discovers that his neighbor Abbie (Zarah Mahler) might, in fact, be possessed by a witch.

What follows is a cute and horrifying throwback to creature-features from yesteryear that should appease fans of Spielberg and slashers alike.

The film certainly pulls it's weight with great gore effects- in the first three minutes there's a child getting her neck eaten by her former mother (now possessed by the titular Wretch) and throughout the film we get plenty of nasty body horror akin to something like THE FLY. The special effects are terrific, and make up for the film's lacking areas.

The performances here are great when they're allowed to be, but otherwise hindered by the Pierce brothers desire to throw everything (and the kitchen sink) into their 80's genre tribute. In their desire to check so many things off their list, it becomes just that...a list.

But the film has an infectious charm that overpowers that small nagging in the back of your mind once the breaks get pumped to allow for the “story” to come in.

The setting is wonderful, and the mythology behind The Wretch seems like it has some building that wants to be done to it. With a shocking ending like this film had (which, itself, is predictable but cheeky) a sequel or followup is inevitable.

THE WRETCHED is content with being a midnight-movie, and that's a role it fills well. Practical effects, bloody, guts, and a fun finale remind us not everything needs a PhD or a semester in film studies...sometimes a movie should just be fun.

The film is currently playing at the Cowley Cinema 8 in Ark City and is available to purchase online via Amazon Prime and other VOD sites.