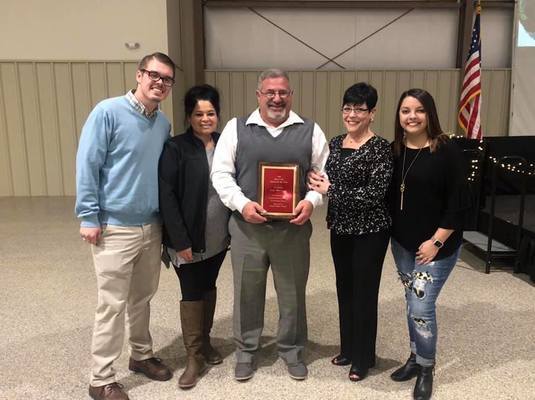 I’m learning to despise writing in the passive voice. “There is.” “There are.” “It is.”

But in life, we’re rarely in command. We have to sit back and trust that – much to my chagrin – there is a reason for everything.

I’ll never forget the first time I met Pastor Cap McIlnay. I was at the county fair when I saw a man performing magic tricks. Something about a disappearing scarf. He was very entertaining, but for some reason, I felt like I couldn’t take him seriously.

Little did I know I would one day call this man my pastor.

My family and I started attending the First United Methodist Church of Blackwell in 2017. I think that’s right. I’m only 20, but my years are starting to run together. When I was 17, I would get mad at my parents when they’d confuse dates.

I told myself I’d never do that. Never, I said. Never.

I suppose my desire for an ever-keen mind is derived from my passion for perfection. Why can’t people just do the right thing without being told? Why can’t things just fall into place?

Pastor Cap, as he’s affectionately known throughout the community, knows this battle of mine. I can’t count the number of times I’ve called my magic-trick-performing pastor out of the blue in a fit of rage, a torrent of exasperation, or a convulsion of disbelief.

Being in journalism can do that to a man. Seeing evil people committing evil acts is terrifying. Maddening, even.

When I call, Cap listens. He understands. He tells me what I need to hear – even when I don’t want to hear it, which is usually the case.

He is my advisor and my counselor, just as he is to so many other people far holier than I. What more could one ask for?

Apparently, much more. Pastor Cap has consistently given of himself for the betterment of this community.

He started a chaplaincy program for the local police department – something members of law enforcement arguably need now more than ever before. He coordinated community-wide Easter egg hunts, bringing together churchgoers and children of all ages and denominations. He gave away bicycles to children who had never before received a Christmas gift. He consoled families who had lost their loved ones.

He even started writing an uplifting weekly column in a little publication called the Blackwell Journal-Tribune. I asked him to do that. He’s done it faithfully for more than two years now. I know our readers have been inspired by his writings – as have I. Sometimes, sitting down to edit his column gave me the strength to carry on my work when I had no other motivation to do so.

The news that he is leaving Blackwell and moving to Tuttle, Oklahoma saddened me when I first heard it. But I expected it. Methodist pastors, it seems, are moved from church-to-church more often than I change my underwear – which I try to do daily.

Every season has its end, and we’re taught to accept this, especially in the realm of Methodism. I’m reminded of the gospel song – my mother’s favorite – “It Is Well With My Soul.”

The lyrics of the song teach us to accept whatever we’re given in life. Some of us are born a certain way. We live in a certain place. We are surrounded by certain people. We don’t always like the situations we are in, but we must abide by them.

I don’t think I could sum up my feelings about Pastor Cap’s departure any better.

Pastor Cap is a man of God, and he must go where God calls him. A few years ago, that was Blackwell. He came here and revitalized our church, and he involved himself in the community.

The list of good deeds he has done for Blackwell is endless, and it could grow longer if he were to stay. So why, then, must he go? We’ve still got so much work to be done.

The McIlnays’ season in Blackwell has come to an end. There is a reason for this.

God calls us to obey Him, to help others, and to love people just as He loves us. Too often, people think about the Bible as being a book solely of hell and damnation. This is inherently wrong. More than anything, God teaches us to love people. And He puts people like Cap McIlnay in our lives to relay that message to us.

None of us are perfect, but God loves us all. And in my opinion, He puts people like Pastor Cap in our lives to show us that.

It is well with my soul.