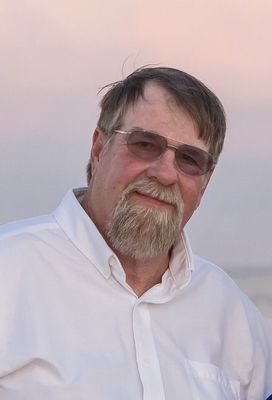 Mark was born November 9, 1951, to Robert W. and Betty J. (Forman) Richardson in Blackwell, OK. He grew up attending schools in Blackwell, where he wrestled and played football. Mark graduated from Blackwell High School in 1970. After high school he attended and graduated from Northern Oklahoma College in Tonkawa. Mark then attended Central Oklahoma State where he earned his Bachelor’s Degree in Industrial Arts and Physical Education.

On July 23, 1977, Mark married Janice Walker in Oklahoma City. The couple made their home in Arkansas City for 23 years until moving to their farm north of Newkirk. Mark began teaching shop at the junior high school in 1976. He started his coaching career as the Junior High Wrestling Coach and assistant 8th grade football coach. In 1980, Mark became the assistant wrestling coach at the high school where he coached until 2006. The biggest highlight of his coaching career was when both of his sons became two time state wrestling champions. After retiring from teaching in 2013, Mark continued his love for hobby farming full time. Mark also enjoyed his motorcycles, four- wheelers, and Razrs. His passion was Lake City, CO, where he camped every year with friends and family. Mark was a member of the Church of Christ and a volunteer fire fighter with the Dale Township Fire Department. He served as their Chairman of the Board for 20 years. Most of all he cherished the time he spent with family and friends. He will be greatly missed.

Mark was preceded in death by his mother Betty.

In lieu of flowers, a memorial has been established in Mark’s name for the Ark City Takedown Club. Contributions may be made through the funeral home. Arrangements are under the direction of the Rindt-Erdman Funeral Home and Crematory. Online condolences may be made at www.rindt-erdman.com