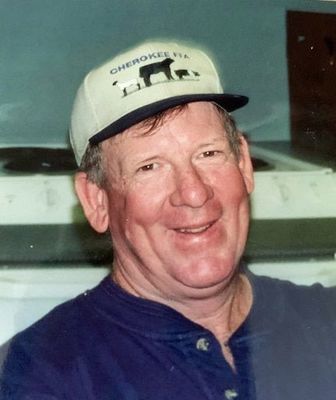 Dennis Joe Muret of Blackwell, Oklahoma, died early Thursday morning, June 18, 2020, at his home at the age of 70 years.

Dennis Joe Muret was born on January 13, 1950, in Blackwell to Wayne Franklin and Bessie June (Croft) Muret. He grew up on a farm east of Blackwell and attended Prairie Chapel School before transferring to Blackwell Public Schools graduating with the class of 1968.

While in school, Dennis was active in 4-H and FFA where he was a member of the National Champion Livestock Judging Team. They received first place at the Denver Nationals and runner-up at the Chicago Internationals.

In 1969, he married his sweetheart, Shelley Ann Cline on June 29th in Blackwell and the couple celebrated fifty year together.

During his adult life Dennis worked as a farm hand until 1976 when he began working as a welder and leadman for Mertz in Ponca City for thirty four years. He also ran a tractor and mowing service in and around Blackwell for nineteen years.

He was preceded in death by his parents; and two brothers, David and Doug Muret.

A memorial service is scheduled for 10:00 a.m., Monday, June 22nd in the Prairie Chapel Methodist Church with Rev. Francis Bartley officiating. The family requests that everyone come in casual dress.