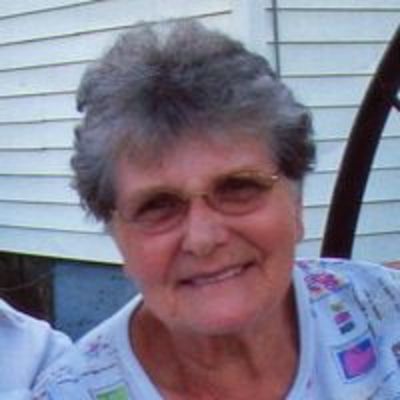 Barbara Ann Spears of Blackwell, Oklahoma, died Sunday, March 15, 2020, in the Blackwell Regional Hospital at the age of 82 years.

Barbara Ann Spears was born on February 27, 1938, in Okeene, Oklahoma, to Roscoe and Esther (Hall) Newman. She grew up attending Blackwell Public Schools. She married Leslie Spears on October 30, 1953, in Newkirk, Oklahoma. They lived in various states following their marriage, returning to Blackwell in 1975. Barbara worked at various jobs including housekeeping for motels, delivering the Oklahoman newspaper, and working as a machinist and in a bakery. She also worked as a checker at United Supermarket for over twenty years and most recently as the “boss” at Bob’s Grill.

She enjoyed fishing in Texas, traveling on their motorcycle and frequenting the casinos. She also loved country music, especially Marty Robbins. Most of all she loved being and visiting with family and friends. He husband preceded her in death on April 28, 2014, and she continued to make Blackwell her home.

A memorial service will be held at 2:00 p.m. on Saturday, June 27, 2020 at the First Baptist Church in Blackwell with Rev. Kelly Dennison officiating. She was buried at a private family service in the Blackwell Cemetery.