"You're the Indian now."- YELLOWSTONE is back and better than ever 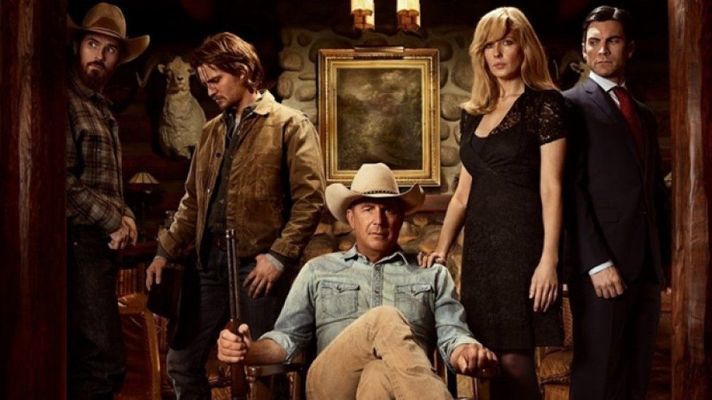 “When this land belonged to my people a hundred and fifty years ago, children were stolen, men were killed, families herded away like cattle, and nothin's changed... except you're the Indian now.”

This dramatic quote comes from this past Sunday's premiere of Paramount Network's gripping drama YELLOWSTONE, which just entered it's third season.

I can't speak enough for how truly great this series is, especially from the pen of writer and director Taylor Sheridan who scripted films like WIND RIVER, SICARIO, and HELL OR HIGH WATER

YELLOWSTONE is very much “Dallas” for the “Game of Thrones” generation, and deals with the trials and tribulations on the Yellowstone Dutton Ranch in Montana, one of the largest cattle ranching empires in the united states.

John Dutton, the patriarch, is played here by Kevin Costner, a seasoned western veteran by all means, and the series has- through the past two seasons- dealt with his drama surrounding his sons, daughter, and outside forces that seek to help and/or destroy him at any time, especially the Broken Rock Indian Reservation, and various other entities including a casino empire and, now, a hotel/resort mega company.

YELLOWSTONE prides itself on multiple well-written characters and it's gritty neo-western setting. A “neo western” is a story that adopts the conventions of western films and storytelling but transplants them into a contemporary setting. Recent films like 2017's LOGAN or NO COUNTRY FOR OLD MEN are examples of this, dealing with stoic and weary men- hardened by the land and life- grappling with moral issues and mortal ones as well.

All of these characters operate in the shadow of a dying way of life. Indian Elder Thomas Rainwater (Gil Birmingham) must battle his own Tribe to preserve and expand their way of life. John Dutton has to contended with big business and industry getting more expensive every day. There's never a moment of ease in the show, or if there is it comes at a cost.

There's too much specifically to get into regarding YELLOWSTONE and it's plot details but I'll say the writing never lets up, and neither does the music. Almost every episode is filled with Americana, red dirt, country music. The soundtrack is dusty, and just as contemplative and dark as the show's storylines.

If you watch the series I highly recommend the two Sicario films SICARIO and SICARIO: DAY OF THE SOLDADO as well as HELL OR HIGH WATER and WIND RIVER.

This series has been going strong for a few years now, and has already been renewed for a fourth season on Paramount Network.