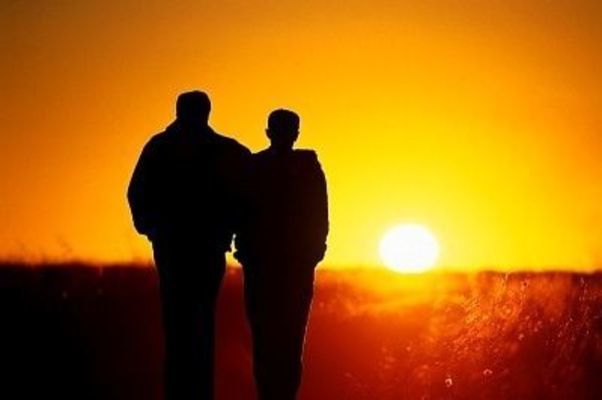 It’s a tough time to be an American right now. Is that fair to say?

No matter which side of the political fence you’re on, you’re probably feeling a lot of emotion: Anger. Frustration. Sadness. Emptiness. Loneliness.

Solving the complex problems we face as a nation won’t be easy, and this humble typist won’t pretend to have the solutions to them. But we Americans are a family, and when families go through tough times, we turn to our fathers.

I’m blessed to have Phil Green as my father. Since the day I was hatched, he’s been a shoulder to cry on, a hand to hold, and a heart to love.

He’s fulfilled those roles in the best of times – and most importantly, in the worst of times.

As a family, we’ve been through our fair share of trials and tribulations. But none is more significant than the endeavor my family began in early 2016: opening our own medical clinic.

Creating Green’s Country Clinic was a dream my father first envisioned when we moved to Blackwell around 18 years ago. For many of those years, my dad worked 100-hour weeks at the local hospital and at another clinic in town.

A physician’s assistant, my dad loved helping people in those settings. But he longed for his independence: the freedom to be in charge of his own life and work schedule. For far too long, he hadn’t been. He needed change.

In early 2016, we purchased the former office of Dr. Donald E. Becker, one of Blackwell’s most notable and stoic physicians. Becker devoted his life to caring for the people of Blackwell, and he was known for providing some of the best medical care in the region. He did so faithfully for several decades.

Dr. Becker had an outstanding medical practice in his office at 223 E. Blackwell Ave. The only problem? In 2016, the office looked the same way it did in the 1970s. I remember looking down the main hallway, dimly lit and lined with mahogany trim, and thinking of the scene from “The Shining” with the two creepy girls at the other end of the corridor. Some updating was in order.

We called my maternal grandfather, Jimmy Dean, for help. No one in the world is a better carpenter than he is. And even though he had been retired for a few years, his adept woodworking abilities were still as sharp as his saw blades.

We started working on the building in April. But the work never seemed to end. With every new project we started, we ran into new problems – and incurred sizable, unforeseen expenses. It was dismaying. The building needed more and more work.

But that was just the building. Setting up the business itself was a like pulling teeth – your own teeth, and without anesthetic.

The inordinate amount of government documents medical providers must complete in order to start their own practices is insane. Hundreds upon hundreds of forms have to be filled out. And having a question answered by a government employee? Try putting a message in a bottle, sending it out to sea, and hoping it returns with a response – in a few months, if you’re lucky.

The process is tiresome, and it’s expensive, too. Medical equipment isn’t cheap. But what’s worse than having to buy medical equipment? Having to buy a large computer system and database. They’re quirky. Often. A bad day dealing with computers is enough to make a man want to call it quits.

To top it all off, physician’s assistants can’t even be their own bosses. PAs can’t own more than 49% of their own businesses under state and federal law; they do not have the right to work “autonomously,” as bureaucrats say. PAs have to pay a fee each month to – and work under the direction of – a supervising physician, who signs off on patient records. Finding doctors who are eligible to work with government healthcare programs can be a byzantine, stressful process. We learned all about it. (As an aside, however, we found a great one – eventually.)

During one of the toughest situations he’s ever endured, my dad never gave up on his dream to provide us with a better way of life.

That’s what good dads do. I can’t help but think that what our nation needs more than anything right now is a father like mine: one who will stop at nothing to love and care for our big American family.