It's human to be angry, but it's also human to forget. 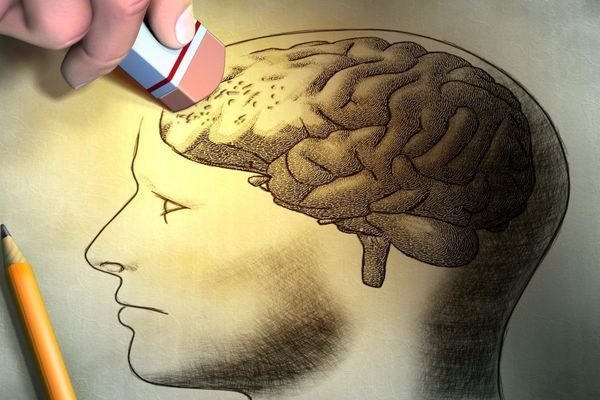 At the ripe old age of 20, I’m already talking about the good old days.

On Monday afternoon, I went out to lunch with one of my best friends, Rudy. It didn’t take long for us to start talking about our memories from way back when – which, to us, is around 2014.

We talked about the fun times we had drawing pictures in elementary school, the weekend sleepovers we had in middle school, and the long road trips we took to see movies and concerts in high school.

We also talked about some of the aspects of our youth that we didn’t enjoy: the people who were rude to everyone in class, the teachers who gave us too much homework, and the times we performed poorly on tests.

That conversation made me ask myself: Why don’t I just forget about all of that?

In my life, I’ve been mad a lot. Sometimes, so mad that I thought I’d never forget what it was that I was mad about. But, alas, I have forgotten.

A while back, I read an article called “The internet is rotting – let’s embrace it.” The article was posted on a website called The Conversation, a platform for people who want to discuss problems in the world around us.

The writer of the article gave an in-depth look at how the internet breaks down. Over time, websites crash, links to news articles stop working, pieces of internet technology become obsolete, and photos lose pixels when they’re saved and resaved.

We lose a lot of data when the internet breaks down – data that we’ll never again be able to access. As I read the article, I couldn’t help but think that we humans also forget a lot of stuff – and it’s good that we do.

Typically, when we get mad, we’re mad at someone rather than something. When we’re angry with people, we hold grudges against them for a little while. We’ll avoid talking to them, walk away from them when we see them in public, and even “unfriend” them on Facebook – the ultimate in begrudgery.

I know a number of people who can be mad at others forever. They constantly talk about how they were wronged by that person – even when they’re that person. Too many folks I know can live with the regret of a poor past decision for an endless amount of time.

I won’t give specific scenarios because I wouldn’t want to call those folks out – and because, no matter what the situation is, we’ve all been mad at people, and we’ve all had regrets in our lives.

It’s human to experience the emotions of anger and remorse. But it’s also human to forget about the experiences that made us feel those emotions.

For some, the emotional scars of those incidents are deep. Others may have a hard time forgetting the hard knocks they’ve endured because they’re still living with the consequences of them.

Moving on from life’s trials and tribulations is not easy. But one of the best ways to forget bad memories is to make new ones. Our brains – far smaller than we’d like to think they are – can only remember so much. In other words, eventually, we’re going to forget something. And to some degree, we can control what we forget by controlling what we do with our lives.

The next time you’re lying awake at night remembering something stupid you did five years ago, turn on your phone and scroll through your photo gallery. Look for the photos that make you happy and recall how you felt when you took those pictures.

The next time you’re down in the dumps about a bad day at work, call up a friend and grab a bite to eat. Ask them about their day and something good that happened to them. Their happiness might just rub off on you. And you’ll remember for quite some time just how good you felt spending time with that dear friend.

Willie Nelson once sang a song that went like this: “Forgiving you is easy, but forgetting seems to take the longest time.” Forgetting can be hard – but if we try to remember something new, we’ll eventually forget what we want to. And we’ll be better off for it.