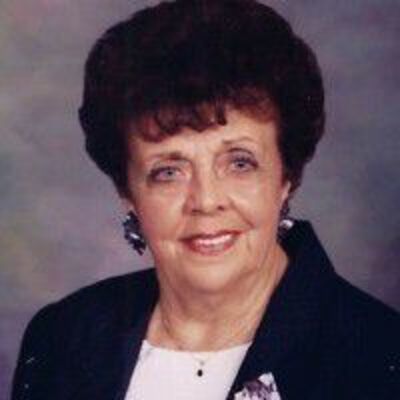 John Clarence and Lottie Marie (Tarrell) Clark were married on Aprl 4, 1923, in Brookings, South Dakota. To this union one daughter, Carol Jean, was born on March 7, 1924, in the Volga, South Dakota hospital. She lived in Volga, Bruce and Estelline before moving to Bushnell at the age of five where she attended school through her sophomore year of high school In October of 1947, the family moved to Deer Creek, Oklahoma, and she later received her G.E.D. in Enid, Oklahoma, in 1958. She met Merble Bellin on a blind date at a New Year’s Eve party in 1946 and they were married on November 20, 1947, in the Deer Creek Methodist parsonage by Rev. R. R. Ellis. She assisted her husband with the family farming operation for seventy-two years and was known for her baking and cake decorating skills. The couple were members of the Grant County Sheriff’s Reserve for twenty-five years. Carol was the first woman member of a sheriff’s reserve in the state of Oklahoma. She also held membership in the South Dakota American Legion Women’s Auxiliary and the Veteran of Foreign Wars Ladies Auxiliary for twenty-six years. Carol was a member of the Deer Creek Methodist Church and served as a Sunday School teacher until the church closed in 1990. She then began attending the Deer Creek Mennonite Church and was a member of the WSCS until it closed and was currently a member of the Nardin Methodist Church Other memberships include Sew and Sew Club and Garden Club.

She was preceded in death by her parenst; a son, Dean Bellin; grandson, Shane Warren; and step-sons, Vernis and Justin Burlie.

A private family graveside service will be held in the Caldwell Cemetery in Caldwell, Kansas.

A memorial has been established in her honor with St. Jude’s Children’s Hospital in c/o Roberts and Son Funeral Home, 120 W. Padon, Blackwell, Oklahoma 74631.