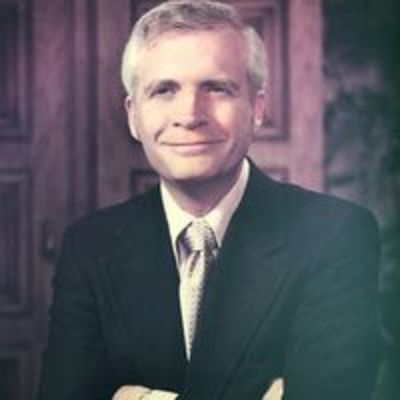 Wayne Ghormley stepped into the presence of The Great Physician and His Lord on July 18th at 10:08 p.m.

He was surrounded by loving family and grandchildren. He was born in Abilene, Texas to James Grant Ghormley and Ruby Pearl (Foreman) Ghormley. He grew up in Cisco and Breckenridge, Texas where he excelled in school and brought back numerous state debate team trophies. He graduated at fifteen years of age and entered pre-med at the University of Texas. After completing his pre-med studies, he matriculated to the University of Tennessee in Memphis for medical school. He graduated Valedictorian of his class and inducted into Alpha Omega Alpha Scholastic society.

The war forced him to accelerate his studies and training to be available for active duty, if needed.  But he was fortunate to complete his internship at Minneapolis, Minnesota and St. Louis county hospital. He was not drafted so went on to do his five years of surgical residency through Oklahoma University V.A. program.

He entered practice with his Father and Dr. Ralph Kinsinger in 1953 where he began his medical and surgical practice for the next 59 years. He was very fortunate to have had two mentors that truly taught him the practice of medicine. He also felt that his patients and the community deserved a high quality of medical care. His loyal clinic staff, his surgical team at the hospital, his colleagues, hospital staff ,and nurses made that quality of care possible in the community.  He was inducted into the International College of Surgeons and Fellowship of American Board of Surgery.

After one year of practice he was drafted into the Korean War and was commanding officer of the 43rd Mash Hospital and was Chief of Surgery. He received a citation from the Minister of the Interior, Seoul, Korea, for Humanitarian efforts on behalf of the Korean people. This esteemed citation had never previously been awarded to any foreigner in the aftermath of war.

He returned to his practice in Blackwell after the war and his sister’s best friend, Karen Sole, caught his eye and his heart.  They were married for the next 61 years. They were blessed with three beautiful daughters. His medical practice kept him from many events in his family life but an old picture recently found showed him at the skating rink in Ponca City at Beverly’s birthday party and he is in his skates with his shirt, tie, and sport coat skating right beside her. And he made many of Brenda’s tennis matches and Becky’s band and choral events. His wife got used to being late to most functions or going without him.

When he was not at his clinic or hospital working, he loved to fish, travel, snow ski and hunt deer or quail. Playing chess and trying to “check mate” Dr. Don Becker or Dr. Richard Fellrath was a challenging endeavor. Riding his motorcycle and camping out with Karen were the highlights for them. His favorite adventure was purchasing a motorcycle in Anchorage, Alaska and touring and camping out at the foot of Mt. McKinley. Motorcycle trips to Canada, New York and Alaska gave them lasting memories. His wife was always ready to go wherever and whenever!

He had a love of writing which he got a few articles published in the Medical Economics Magazine. This gave him a voice as to where he thought the practice of medicine was going.

He spent the next 59 years giving good medical and surgical care to his patients. He thought it was a privilege to be closely involved in the lives of his patients through life and death through multiple generations.

A memorial has been established in his honor with Stillwater Medical-Blackwell for a new hospital or a favorite memorial of your choice in his memory in c/o Roberts and Son Funeral Home, 120 W. Padon, Blackwell, Oklahoma  74631.