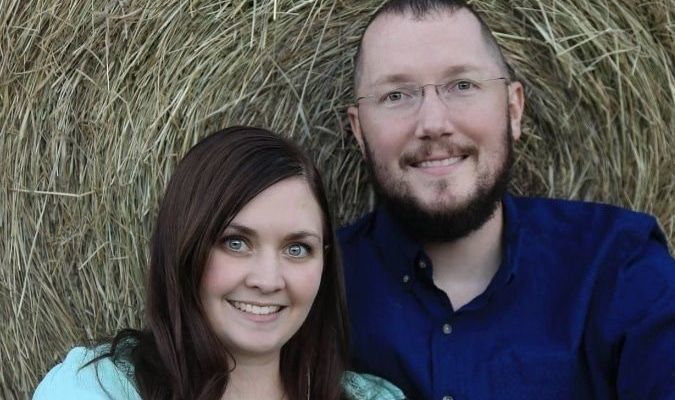 Cody Biby didn’t always want to be a pastor. But his life changed forever when he gave himself over to God, he said.

Biby is the new pastor of the First Baptist Church of Blackwell, and he said he hopes to make his church active in the community by sharing the word of the Lord with others.

Biby grew up in the nearby Grant County communities of Wakita and Nash. He graduated from Northwestern Oklahoma State University with a bachelor’s degree in psychology. He later worked toward a dual master’s degree in marriage and family counseling and religious education from Southwestern Baptist Theological Seminary in Fort Worth, Texas.

After completing seminary, Biby and his wife, Melissa, ministered to students attending college in Colorado at universities in Pueblo and Alamosa.

They spent 11 years working with college worshippers before the Biby family felt called to come home to northern Oklahoma. The couple has two teenage children – Malachi, age 16, and Rylee, age 14. They also have Benaiah, who is now 17 months old.

“It was a surprise,” Biby said about the birth of his youngest child. “My wife, she just really felt like she was wishing we could come back here. I was just wanting to follow the Lord’s will, and then He opened the door here.”

The family moved to Blackwell amid the coronavirus pandemic, though doing so took time. They came to Blackwell in mid-March, when Biby delivered his first sermon at the church he would later call his own.

“We just had to wait on the Lord for everything to clear up and for us to come again, and it was pretty amazing,” he said. “We just felt like the Lord was leading us here. It’s been a blessing.”

Before Biby became a pastor, he wanted to be a licensed counselor. For a while, he worked as a case manager for mentally ill people in Fort Worth, a career that – at times – was dangerous.

Eventually, Biby knew he needed to make a change in his life.

“I just felt like totally giving my life to Him, totally turning it over to Him,” he said. “I realized that He could do a lot more with my life than I could. That’s what I try to tell people, too. He made you and created you for a purpose, to combat all of the sorrow we have now in this day and age, all of the addiction, the brokenness, all of the horrible stuff that seems to have gotten so rampant in the last several years. … I really feel like God has a purpose for each and every one of us, and we need to get out there and accomplish that.”

Biby said he is inspired to carry out God’s will not only by his fellow pastors, but also by his parishioners.

“It seems like there’s always a group of people within the church, those faithful workers, those people that serve behind the scenes,” he said. “I feel like, now, I appreciate them so much. You don’t pay attention to them when you’re growing up. It’s just those unsung heroes in the church that are just so faithful.”

While Biby will spend Sunday mornings in the pulpit, he hopes to share the mission of the church in the community.

“I guarantee, we will be out there,” he said. “What I’ve always preached is that you get outside the walls. This is more of like a forward-operating hospital in a war. People need to come here to get patched up. People need to come here to get reequipped and go back out. A ministry, a lot of times, should be outside of these walls, not so much focused on just inside these walls.

“I just have a heart for all people. Of course, all preachers want them to hear the gospel. My heart is always for the unloved to feel loved, the discouraged to be encouraged. … God has a great plan for your life. It’s way better than you could ever dream.”