Entertainment: The Whitepond Murders (Chapter One) 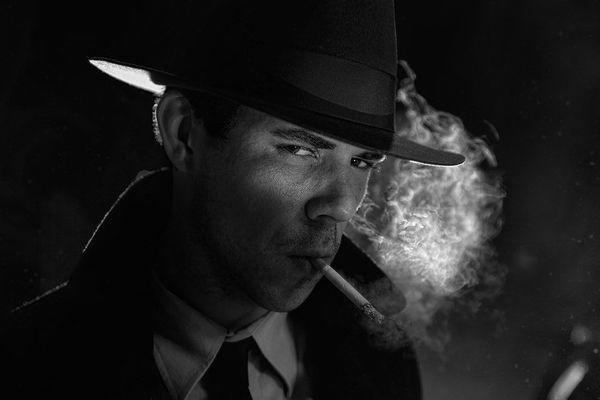 A garbage man was found dead this morning.

Garbage in the sleepy holler of Whitepond, Oklahoma was one thing. Garbage men were another. But murder?

I saw the words cross my Facebook feed after I logged into my burner account to check out the Whitepond Community Talk Group. That morning's homicide was sandwiched between a woman's post in all caps demanding to know why her white faucet was broken, and another post asking in broken english about the hours of a local restaurant, which she could easily have found on the internet.

The post about the restaurant had 200+ comments after someone declared the restaurant sold rat burgers, claiming their cousin's ex-boyfriend's brother knew all about it. Sick. I was about to comment, but remembered- oh yeah, the murder.

I lit up my cigarette in the office- technically against the law, but what were laws anyway, besides the ramblings of dead men that didn't matter. I was a reporter. The best in the game, they said. Shame the game was rigged.

I couldn't believe it. Just yesterday Lane was doing his usual round of pot-stirring on the Community Talk page. I liked the cut of the guy's jib. He would often post “following” on posts that were especially juicy or especially stupid, or especially both. His buddies would jump in, everyone would get mad at them for derailing an important topic.

That's when the door opened. That's when I knew Lane was murdered to keep a secret.

The office of the Whitepond Weekly Gazette Inquirer Herald was located on Main Street, a building of windows that made everyone inside feel like greenery in a terrarium. The eyes of the world watching you while you watched them...

The woman in the doorway was a tall glass of whiskey. Not too different than the one I'd poured my morning drink with. She had blonde hair the color of sand on a sun-kissed beach with skin the same tone, flashes of red where she laid out too long. Her eyes had the same emerald enchantment of a bottle of Jameson, and her body was curved like a drunk driver trying to stay between the lines- shapely in all the right places.

“Are you Mahogany Crestwood?” The dame's full lips were painted Ocean Water blue, matching the low-cut romper that looked painted on.

I put out my cigarette, making sure to lock eyes with the broad.

“Depends...who wants me dead?” I asked, lighting up another cigarette to show her that I was the type that wouldn't quit. The damsel bit her lip, worry in her eyes.

“Nobody yet, Mr. Crestwood...My husband was murdered,” The words hit me in the gut like a punch to the gut.

“The moderator of the talk page. She had him whacked like a weed...because he knew too much. Too much that goes all the way to the top. Elite global pedophiles. Satanic cults. Everything.”

I spat out my cigarette, then took a drink of my whiskey and spat that out too for good measure.

“Take a seat, you came to the right place,” I urged her.

She finally took a seat, putting her purse on my desk. That's when I got her name...it was written on her purse. Michael Kors. Weird name for such a fiery hot dame, but I could dig it.

“Listen, Michael,” I lit up another cigarette, reclining in my chair, “I don't know what you want me to do...”

“Well, not anymore. Your husband died,” I corrected her. The poor woman was in shock. Didn't know up from wrong. She tried to respond, “That's not really how that wo-”

I cut her off with the wave of my hand. If Helga's husband was murdered...and the threat went all the way to the top...there was only one thing to do. I reached out my hand for her to shake. I was officially on the case.

I went to find Lane's cousin...he'd know what to do next. Coworker. Best friend. He was one of those Facebook guys too...and he was my contact. He got the things done no one else wanted to do. His name was Chett McDaxton.

Chett was built like a brick house of human waste. 6 feet tall, he had a six pack, a size 12 shoe, and was a professional gambler, pool shark, UFC fighter, lover, father, avid skateboarder, beer pong champion, and...he could always be found at The Loaded Dice, a watering hole on Main Street where the "regulars" would congregate.

I pulled up in my Supercharged Hemi V12 Flatbed Deisel Dodge Coal-roller. I had to blend in. I climbed out of the truck, and let my cowboy boots hit the gravel like a man on a mission. My mission was information. My objective? Pain.