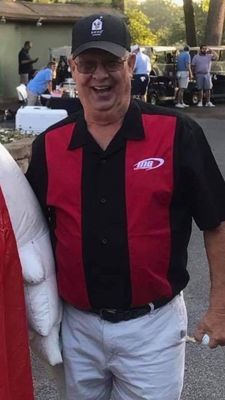 James Jay (Jim) Parcher, father, brother, prankster, truck driver, field service manager, bull rider, longhorn private eye, and friend to so many, passed from this life on Sunday, August 9, 2020 at the age of 68.

Jim is survived by his children, Kent Parcher and Kelli Palmer, Kelli’s husband, Lonnie Palmer, all of Fort Smith, Arkansas, Matt Jones and wife, Amanda, his sister, Jackie and his brother Carl, and his grandchildren, Kassidy, Kendal, and Haylee Parcher, Amoriana and Aniya Palmer, Kaily, Peyton, and Raysen Jones.

He is preceded in passing by his parents, Jack and Bernadene Parcher and his grandmother, Goldie Toepfer.

Jimmy was born on June 9, 1952, in Blackwell, Oklahoma, the son of Jack and Bernadene Parcher of Braman, Oklahoma.

As a boy, he could often be found playing ball, helping his dad on the farm (Don’t touch that fan belt, Jimmy!), or generally causing trouble (and then running from Bernie’s jump rope).

His brother, Carl, laughs when he recalls working on the farm and seeing Jim’s truck heading into town before the work was done. “I guess Jim’s done for the day,” they would say.

After his years at Braman High, and then his beloved Oklahoma State University, Jim went to work for Sygma as a truck driver (1986-2006), during which time, he told many stories about driving an eighteen-wheeler through some tricky situations, including intersections in downtown Manhattan, New York, just weeks after 9/11.

When asked in the years after, hypothetically, of course, if he could manage backing certain vehicles or trailers into tight spots, he would always say, “I think I could probably handle it.”

In later years, while working for Martin Brower (2007-2020), it may have seemed like he got paid for going out to eat and playing golf, but maybe that was just how he made it seem. As Bob DellaPenna, a friend and colleague, said about him: Jim “set the standard on building relationships.”

At Martin Brower, Jim was involved in numerous charitable events over many years, including the Special Olympics and Ronald McDonald House Charities of Amarillo, Texas.

His children, grandchildren, nieces, nephews (and probably everyone else), will always remember his missing finger jokes, or being asked to pull his finger from time to time.

Whether he was working, watching his Oklahoma State Cowboys (all sports), cutting to the front of the line at Thanksgiving, throwing balls across the living room from the couch, or out playing golf (sometimes shirtless), using his putter from thirty feet off the green, Jim was always the same guy: easy-going, the jokester, and one whose smile lit up many a room through the years—rooms filled with those he still continues to touch in his absence.

Although he is gone, he will never be forgotten, and most can probably still talk to him and know what he would have to say in response.

In lieu of flowers, donations may be made to Ronald McDonald House Charities at 1501 Streit Dr. Amarillo, TX 79106.

Jim will be laid to rest Saturday, August 29th at 10 AM at Braman Cemetery, and lunch will be served afterward at the Braman Methodist Church.

In Jim’s memory, the family requests that you wear orange.