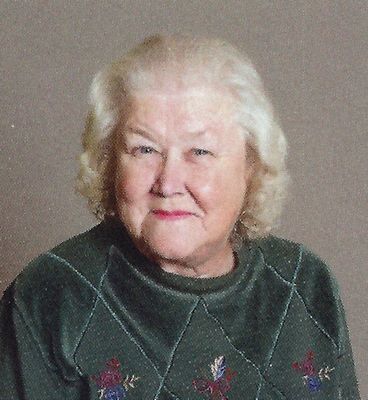 Betty Lou (Bacher) Woodruff of Blackwell, Oklahoma, went home to be with her Lord on Tuesday evening, August 18, 2020, at the age of 85 years.

Betty Lou Woodruff was born June 6, 1935, in Garber, Oklahoma, to Omer and Clara (Newton) Bacher. She grew up in Newkirk, Oklahoma, and met Lindy Woodruff whom she married on December 22, 1953.

Betty was active in the First Baptist Church in Blackwell and enjoyed quilting and spending time with her grandchildren. Her husband preceded her in death on October 29, 2008, and she continued to make Blackwell her home.

She was also preceded in death by her parents; a brother, Donnie Bacher; and a sister, Thelma Cox.

A private family graveside service will be held in the Blackwell Cemetery. Casketbearers will be Michael Woodruff, Dustin Grell, David Baldwin, Kyle Hale and David Swain.

In lieu of flowers, a memorial has been established in her honor with the First Baptist Church in c/o Roberts and Son Funeral Home, 120 W. Padon, Blackwell, Oklahoma 74631.