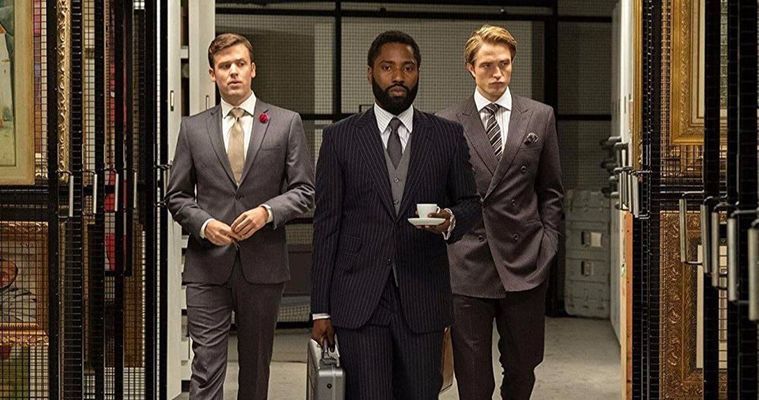 The first major new release since the coronavirus pandemic has come in the way of Christopher Nolan's mind-bending thriller TENET, which released this past weekend with the reopening of nearly all major movie theater chains across the nation. Is this thriller reason enough to return to the cinema?

TENET, written and directed by film maestro Christopher Nolan (The Dark Knight, Inception) follows a CIA operative only known as The Protagonist (John David Washington) who is tasked with working for a mysterious organization known as Tenet to track down Russian oligarch Andrei Sator (Kenneth Branagh) and prevent a cataclysmic disaster in the near-future. Sator can “communicate with the future” and has mastered the science of time inversion, allowing weapons (and people) to move backwards through time.

The Protagonist and his contact Neil (Robert Pattinson) soon realize there's much more at stake...and the weapon they're tasked with finding could end time itself.

TENET grabs you in it's opening minutes with a bombastic siege of a Russian Opera house and never lets up from there. We're quickly introduced to the unnamed lead character (known simply as The Protagonist) played by Denzel Washington's son John David Washington, and the resemblance (and connection) is uncanny.

John David has great chemistry with co-lead Robert Pattinson, and this film was no doubt his audition for Warner Brothers to cast him as Batman in 2021's THE BATMAN film. Pattinson drops his brooding anguish and art-house depth this time around for a plucky, disheveled British secret agent and the quirkiness works in his favor, and puts him in a sort of buddy-cop dynamic with the brawling, wise-cracking nature of The Protagonist.

Sharing the screen with Washington and Pattinson are Elizabeth Debicki as the film's “Bond Girl”, an art appraiser and battered wife of the antagonist, as well as Himesh Patel (star of last summer's YESTERDAY) and Aaron Taylor-Johnson buried under a beard.

Kenneth Branagh gives an intriguing turn as the film's chief villain Sator, and is fun to watch because you can absolutely see where Nolan's only direction to him was “act like a Bond villain”.

The word 'Tenet” is a palindrome, meaning it reads the same backwards and forward, which echoes the entire playbook of the film and it's time inversion mechanic. The action scenes are spectacular, with time being just another tool of Nolan's art.

In one lenghty hand-to-hand combat fight between The Protagonist and a (seemingly) unknown commando, one of them is fighting forwards through time while the other is fighting backwards. Their grapples and fisticuffs have already happened, and are happening concurrently. As such, we eventually get to experience the fight from both perspectives, and it is truly nuts.

Nolan being Nolan means that almost everything you see is done “in camera” with little to no overt CGI work, and it pays off here especially knowing that the actors did their own “inverted” stunts and movements to truly capture how weird it is to see the world moving in reverse.

Having seen TENET twice over the weekend, I'm still not sure what my exact thoughts on it were besides the fact it was amazing, and a lot to unpack. It's a complicated film with a lot of moving parts and a lot of questions- almost more questions coming out than going in.

In classic Nolan fashion, TENET caps itself off with a surprisingly emotional finale that almost sells a ticket for a second and third viewing entirely on John David Washington's watery bloodshot eyes and the slight crack in Robert Pattinson's voice.

If you haven't returned to the cinema since the coronavirus outbreak in March, do yourself a favor and go see TENET. You won't regret it.