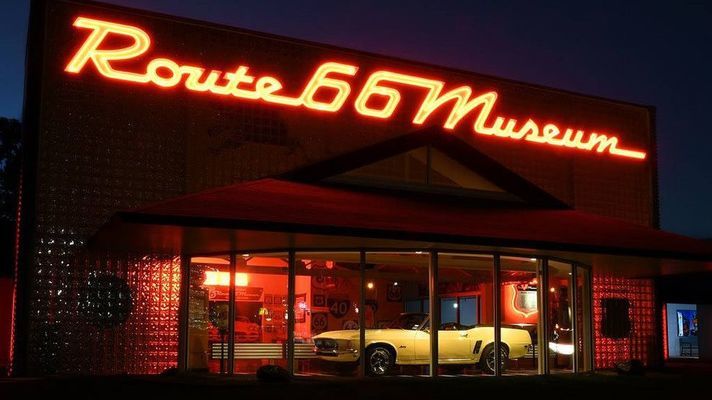 The first Route 66 museum in the United States will turn 25 years old Sept. 23.

The Oklahoma Route 66 Museum in Clinton opened in 1995 as the largest American museum dedicated to Route 66, the Oklahoma Historical Society said in a news release. Museum officials are encouraging Oklahomans to visit the museum to learn more about the historic highway in honor of the museum’s “birthday.”

“With over 930,000 visitors in 25 years, the Oklahoma Route 66 Museum has captivated the attention of people from around the world,” historical society officials society. “Since the grand opening celebration held on September 23, 1995, the museum has proven to be a must-see for travelers—both Route 66ers and everyday vacationers.”

The museum has drawn a number of events to western Oklahoma, including the International Route 66 festival in 2007.

“The museum has hosted a plethora of special events that attract Route 66ers from around the globe,” officials said. “Beginning in 1996, the museum has held Route 66 anniversary celebrations every five years. These celebrations have featured premiere Route 66 historian Michael Wallis, as well as special exhibits by Route 66 artists and authors such as the late Bob Waldmire, Shellee Graham, Jim Ross, Jerry McClanahan, Kathy Anderson and many more.

“The museum’s galleries are designed to offer visitors a personal journey through the history of the nation’s most revered highway. Encounter the iconic ideas, images and myths of the Mother Road. Learn about the dreams and labor needed to make the road a reality. Experience the Dust Bowl as thousands streamed along the road, away from drought and despair and toward the ‘land of promise.’ Listen to the sounds of the Big Band era, when the roar of the big trucks and the ‘Welcome home!’ cries to returning soldiers dominated the road. Touch the counter and sit in the booth of the 1950s diner and feel the open road as America’s families vacationed along the length of Route 66.

The museum also offers changing special exhibits focusing on the Route 66 experience in the new Now and Future Gallery.”

“Although the COVID-19 pandemic has caused the cancelation of this year’s festivities, please help the Oklahoma Route 66 Museum celebrate this milestone anniversary by visiting sometime during the year,” officials said.