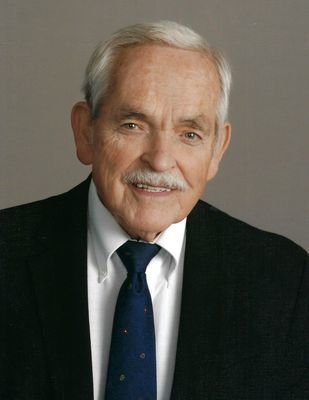 Jack A. Rogers of Blackwell, Oklahoma passed away on Sunday, September 20, 2020 at St Francis Hospital in Tulsa. He was 83.

Jack was born to Bethel “Brownie” and Grace Rogers on April 24, 1937 in Tonkawa at the Tonkawa Hospital. Jack loved to remind his family that he later purchased the hospital and owned the building where he was born.

Jack graduated from Tonkawa High School in 1955 and was a member of the first two state championship football teams. He knew more about Tonkawa history than anyone. His family lived in a dozen different houses growing up and owned a number of businesses including Rogers Cafe (still operating now as Mary’s Grill) Roger’s Grocery(sold to Dorsett’s) and others. The funny stories from his years of growing up there with his cast of characters seemed as if they came from the scripts of Happy Days and would make you wish you had been part of their action.

Jack attended NOC and then worked for Cities Service for a few years before joining his parents in running the Tonkawa Baking Company and the Campus Inn, delivering pies to restaurants all over Kay County. In 1970, he began his fuel business at a station on I-35 in Blackwell. His love and knowledge of cars served him well. He built a large and loyal following there including many members of the local law enforcement agencies. He eventually moved to the intersection of Main and Doolin and was a fixture there forever. He expanded his business to own convenience stores in Blackwell, Ponca City and Stillwater.

One of Jack’s proudest accomplishments was being a member of the Army National Guard. After receiving his officer’s commission he was assigned to the Blackwell Armory under the command of Don Clinton. Jack eventually followed Don as the Battery Commander there before moving to the Enid Armory as Battery Commander and then Brigade Commander. He received his Field Artillery and Missile Officer designation and retired after 20 years as a Major.

Jack’s passion for cars was well known. Over the years, Jack had collected and meticulously restored dozens of cars, most of which were exact replacements of all the cars he had owned up through the early 1970’s. He sold a few cars, including a 1965 GTO that set a world record price at the time at the Leake Auction. Several cars took home “best of show” awards at renowned car shows across the country and a few lucky drivers were allowed to drive one in a parade or to the prom. Mostly he enjoyed working on them, occasionally with his good friend Connie Chitwood or with Billy Cassady helping with the heavy lifting and displaying them at “the car place” on Main Street - a popular attraction for many car enthusiasts.

The most common trait that people associated Jack with was his work ethic. He only had one speed and it was full throttle. Getting up at 2:30 in the morning to work at the bakery. Remodeling houses with Jerry Weeks and Ray Frazier. Building new houses with Don Clinton. Discovering what a “bird nest on the ground” was when he partnered with Joe Brining to own Food World grocery store. Rewiring or replumbing his much beloved car wash. Rebuilding every inch of his convenience stores. The man worked non-stop. Many young men learned firsthand what it meant to really “get to work” at the station at Main and Doolin as did the many employees and managers at the stores and his legacy lives on through them. Jack could debate either side of any issue and he had an opinion on everything and was always willing to share it with you. His sometimes gruff and demanding persona belied a man with a really big heart for his employees, neighbors in need and especially his family.

When he wasn’t working, for the past 29 years, Jack and Sondra had enjoyed traveling, following and naturally complaining about OSU athletics, watching Thunder basketball games and attending services at Immanuel Baptist Church. Jack was extremely proud of his children, son-in-law, grandchildren and most recently his great granddaughter. Every Christmas afternoon and evening was spent at Papaw’s house without fail as well as countless other celebrations and many other days just hanging out at his pool and gameroom listening to his jukebox playing Earnest Tubbs or any hits from the 50’s.

A memorial celebration of Jack’s life will be held on Saturday, October 3 at 11:00am at Immanuel Baptist Church, 1600 S. 13th St. in Blackwell. A reception will follow at Jack’s car place, 320 N. Main to enjoy fellowship and viewing his car collection. Burial will be in the Tonkawa IOOF Cemetery. All friends and family are invited to attend. Masks are encouraged by the family.

Contributions in lieu of flowers may be made to the Building Fund at Immanuel Baptist Church in c/o Roberts and Son Funeral Home, 120 W. Padon Ave., Blackwell, Oklahoma 74631.