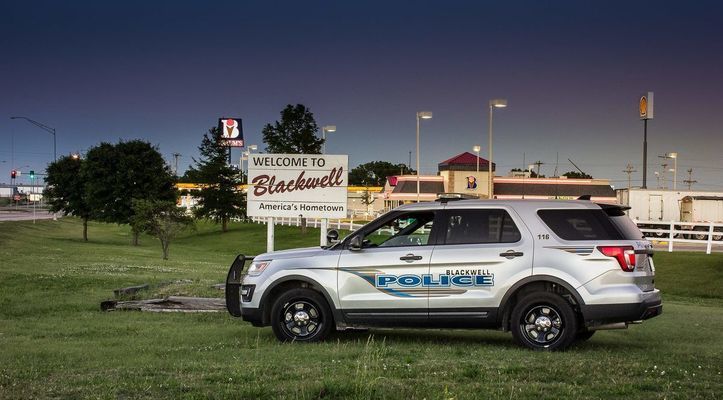 Local law enforcement officials are searching east of Blackwell for a man who allegedly committed assault at a gas station Saturday night, and officials believe the man is armed with a knife.

Jason Michael Markey, a Colorado resident, is wanted by the Blackwell Police Department on a felony charge of attempting to elude officers and a domestic assault and battery charge, according to Blackwell Chief of Police Dewayne Wood.

Blackwell police officers responded to the Jiffy Trip near the intersection of 44th Street and Doolin Avenue Saturday evening. When officers arrived and attempted to make contact with Markey, he drove away, Wood told The Journal-Tribune.

Markey allegedly didn't stop his vehicle after officers initiated a traffic stop. He drove east out of Blackwell on Doolin Avenue for several miles until he reached R Street, where he tried to turn, Wood said. Markey wrecked his vehicle in the ditch and ran away from the scene in a westerly direction. He entered a pasture, the last sighting officers have of the man, Wood said.

“That pasture has really thick terrain, but we have gridded it out as best we could,” Wood said. “Right now, we're starting to go a little more mobile back to the west and see if we can see anything moving. Right now, it's just the cover of night is hurting us pretty bad.”

Authorities were able to identify the man after he dropped his wallet while running from the police, Wood said.

"When running from the police, don't lose your wallet," Wood quipped.

Markey is also wanted by authorities in Colorado on a drug charge.

Kay County Sheriff Steve Kelley told The Journal-Tribune that officers may continue their search in the morning.

Officials are asking people who know Markey's whereabouts to call the police department at 580-363-5490. In an emergency, dial 911.