Manhunt will continue throughout the night; suspect still on the loose 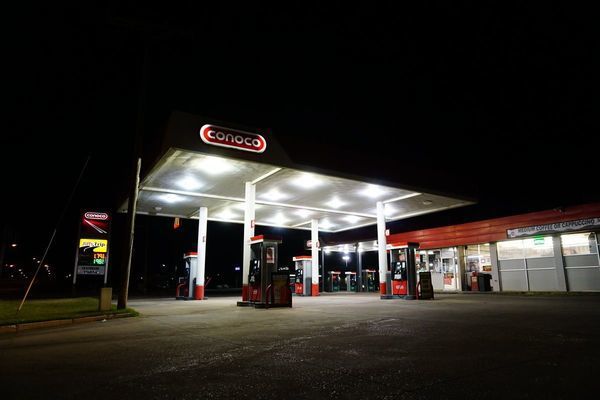 Local law enforcement officials say they'll continue a manhunt throughout the night Saturday for a Colorado man who allegedly assaulted his cousin at a Blackwell gas station.

Jason Michael Markey, a Colorado resident, is wanted by the Blackwell Police Department on a felony charge of attempting to elude officers and a domestic assault and battery charge, according to Blackwell Chief of Police Dewayne Wood. Officials believe Markey is armed with a knife.

He allegedly ran into a pasture near the scene of the crash, the last sighting officers have of him, Wood said.

“The sheriff's deputies will be out there and watching that,” said Wood, who added that Blackwell police officers would be able to assist county deputies.

Authorities were able to identify the man after he dropped his wallet while running from the police, Wood said.

"When running from the police, don't lose your wallet," Wood quipped.

Markey is also wanted by authorities in Colorado on a drug charge.

Kay County Sheriff Steve Kelley told The Journal-Tribune that officers may continue their search in the morning.

Officials are asking people who know Markey's whereabouts -- or who see suspicious activity in the area -- to call the police department at 580-363-5490.