Politics: The Worst Time of the Year 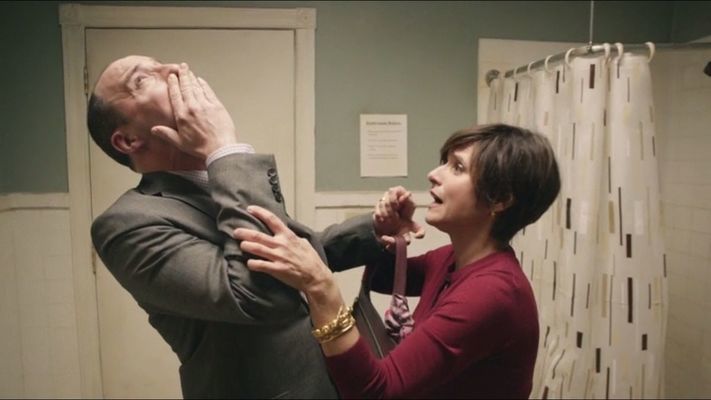 It's the absolute worst time of the year, thanks to the impending 2020 Election in November. Every single person on your Facebook newsfeed is acting a fool pretending to be an arm-chair politician, and trying to seem “hip” by encouraging everyone to vote, to register to vote, to help people vote, etc. It's a bunch of bull. No one actually cares if you vote. No one cares about people who vote. No one cares about voting. I'm 27 years old and I'm still not registered to vote.

But every time you log onto Facebook or Instagram or Twitter or Hell, even the Taco Bell app, you get an annoying slap in the fact notification about voting, registering, “participating” etcetera, or some “hip” ad some coked out marketing guy with a pony-tail named Chaxton imagined in his Portland, OR marketing firm where John Legend or someone raps about making a difference. Yikes. No one cares.

So let's take a break from all that and examine the only good thing to come from politics: TV shows and movies.

If you haven't, HBO's VEEP (available to stream through HBO) is the greatest comedy every conceived, and tragically ended it's run just a year ago after Season 7. VEEP follows Congresswoman Selina Meyer who eventually gets picked as the Vice President (Veep) and, of course, follows her to the Presidency.

Veep is a political comedy in the sense that is hates both sides. Selina (played brilliantly by Julia Louis-Dreyfus) is a very public bleeding heart Liberal who, behind closed doors, is an absolutely terrible person...shocker. She's racist, sexist, homophobic, willfully ignorant. She's the whole package, and she's a joy to watch.

Selina's supporting cast includes her overly effeminate bag boy Gary Walsh (Tony Hale) who is her personal and emotional punching bag, Chief of Staff Amy (Anna Chlumsky), Director of Communications Mike McClintock (Matt Walsh), and so many others. It's laugh-out-loud hilarious and only gets better and more outrageous as it goes on.

THE MANCHURIAN CANDIDATE (2004) is nearly the complete opposite of VEEP's tone, is another political season must-watch. The film is a remake of the 1963 thriller starring Frank Sinatra. The 2004 feature updates the original to the Gulf War and stars Denzel Washington as a former U.S. Army Major who unwittingly becomes involved in a terrifying conspiracy for control of the White House.

Far from any distinct political dealings, the film is a tense and paranoid thriller about the dangers of huge corporations and technology. Also starring are Liev Schreiber, Jon Vought, and Meryl Streep.

THE IDES OF MARCH (2011) is George Clooney's exciting political thriller starring himself as the Democratic hopeful and Ryan Gosling as his campaign manager. The story weaves in and out of deception and intrigue along the campaign trail as the bright-eyed Gosling succumbs to the darker side of political drama.

It's been many, many years since I'd seen the film but you really can't go wrong with a cast that includes Marisa Tomei, the late Philip Seymour Hoffman, and Paul Giamatti.

WATCHMEN (2009) is Zack Snyder's magnum opus adaptation of the iconic Alan Moore graphic novel and is how me and my friend spent Election Night 2016 The film takes place in an alternate world where super heroes exist, and is set in the 1980s as the world is on the brink of a nuclear holocaust thanks to the Cold War tensions. WATCHMEN was recently psuedo-adapted into an HBO series, but that's a bit different than the film.

I'd highly recommend it if you want to see a grimy, political world where not even the super heroes can save us.