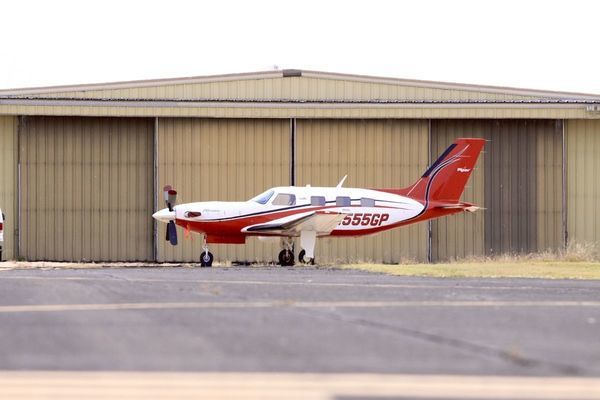 For the next seven to nine months, the Blackwell-Tonkawa airport will be the only public airport in the county available for use. Officials with the Ponca City Regional Airport have started work on a nearly $8 million project to build a new runway and replace other infrastructure at the airport. The airport will remain closed for the duration of the construction project, forcing pilots to take to the sky elsewhere.

“They had to find somewhere to go or they couldn’t fly,” he said. “They couldn’t get them off the airport for months and months. … Everybody’s just trying to help everybody else to keep us going.”

The pilots who have moved their planes to the Blackwell-Tonkawa airport are renting hangar space to store their planes, and they’re purchasing fuel for their planes at the airport, Pearce said. All of the airport’s hangars are now full.

Pearce said 24 planes are stored at the airport, including planes owned by Blue Stem Aerial Spraying, a crop-spraying service that has a base at the airport. The company has several other bases across the Midwest.

Pearce said the Ponca City runway construction project is “good for Ponca and us.”

The runway construction project is one of 14 in Oklahoma being funded by the Federal Aviation Administration. Some of the funding for the projects comes from the CARES Act, the federal government’s response to the coronavirus pandemic. U.S. Secretary of Transportation Elaine Chao announced the grants in September.

“The runway was getting really bad,” said Don Nuzum, airport manager of the Ponca City airport. “It was going to take a bunch of overhaul on quite a bit of it.”

Officials with the Oklahoma Aeronautics Commission said the Ponca City Airport has an annual economic impact of $10 million.

U.S. Sen. Jim Inhofe, who often flies into the Ponca City airport to speak with constituents, said the grants will help facilitate economic development in Oklahoma.

“As a pilot myself, I know how important maintaining and upgrading Oklahoma’s airports are to the well-being and economic growth of our state,” Inhofe said in a news release. “Airports are key to economic development in local communities and this announcement of nearly $16 million in funding to invest in Oklahoma’s airports is critical right now. The Trump administration continues to bring relief to Oklahoma communities during these trying times and I look forward to seeing all of the benefits that will come from these important federal investments in Oklahoma.”

“These grants are critical to the success of our airport infrastructure and driving Oklahoma to be a Top Ten state in aviation and aerospace," Oklahoma Governor Kevin Stitt said in a news release. "Both nationally and globally, businesses are taking an increased notice in Oklahoma's industry-friendly environment and pioneering spirit. As we continue to develop our reputation as a fly-to state, this new investment will allow us to invest in critical infrastructure and actively improve our state's transportation assets with the future of our state, industry and people in mind.”