Sailor killed at Pearl Harbor to be buried Wednesday in Braman 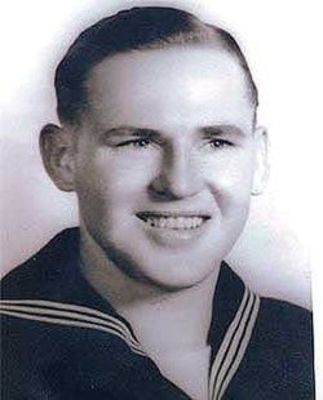 BRAMAN – A World War II Navy veteran will be laid to rest here Wednesday, 79 years and 10 months after he died in service to the United States.

Rex E. Wise, a Navy Fireman 1st Class who was killed in the Dec. 7, 1941 attack on the Pearl Harbor naval base in Hawaii, will be buried at the Braman Cemetery during a military funeral at 10:30 a.m. The public is welcome to attend.

Wise was a resident of South Haven, Kansas, approximately 10 miles north of Braman. He was stationed onboard the USS Oklahoma at Pearl Harbor on the Hawaiian island of Oahu on Dec. 7 when Japanese aerial forces bombed the harbor, the impetus for the United States to enter World War II. Wise was one of 429 men onboard the USS Oklahoma who died in the attack.

Personnel with the Defense POW/MIA Accounting Agency identified Wise’s remains on Oct. 17, 2019 after examining his dental records, the agency said in a news release.

“To identify Wise’s remains, scientists from DPAA used dental and anthropological analysis,” a spokesperson said in the release. “Additionally, scientists from the Armed Forces Medical Examiner System used mitochondrial DNA (mtDNA) analysis. Wise’s name is recorded on the Courts of the Missing at the Punchbowl, along with the others who are still missing from WWII. A rosette will be placed next to his name to indicate he has been accounted for.”

Following the 1941 attack, the Navy buried the bodies of deceased sailors from the USS Oklahoma in the Halawa and Nu’uanu cemeteries. Some sailors, including Wise, were later reburied in an area known as the “Punchbowl” at the National Memorial Cemetery of the Pacific in Honolulu. Wise’s remains were exhumed from the memorial cemetery in 2015 for analysis.

On Tuesday, U.S. Navy officials will transport Wise’s remains to the Dwight D. Eisenhower National Airport in Wichita, Kansas. During a ceremony at the airport that morning, military officials will present the casket to personnel with Roberts and Sons Funeral Home of Blackwell, the company overseeing his funeral. Members of Wise’s family will be at the Tuesday ceremony, according to funeral director Heidi Greve.

After the ceremony, members of the Patriot Guard Riders from Oklahoma and Kansas – a group of men and women who give motorcycle escorts for military funeral processions – will escort the casket from the airport to Interstate 35 in Wichita. There, the escort will pull away and will resume at Braman, approximately 60 miles to the south. From there, Patriot Guard riders will escort the procession to the funeral home in Blackwell, Greve said.

Greve said some members of Wise’s family are buried in the Braman Cemetery.

Members of the Blackwell Veterans of Foreign Wars Post No. 2855 will attend the funeral rites Wednesday to honor the sailor, according to Post Commander Cory Ingram.

“We kind of felt like – when you’re bringing home a World War II veteran after all these years – we definitely wanted to make sure we could get as many veterans there and make sure he was laid to rest properly,” he said.

Several VFW members will attend the service, Ingram said. He also hopes other VFW members from the area will participate.

“We’ll be there more just as a presence, and just to honor him,” Ingram said. “The military will do a full military burial with a 21-gun salute and the flag and everything.”

Ingram is asking VFW members to wear their official hats, white button-up shirts and dark jeans or slacks. He hopes that members of the public will also pay homage to the deceased sailor.

“I think the more people, the better,” Ingram said. “I think anyone that’s available should go pay their respects to an American hero like that.”