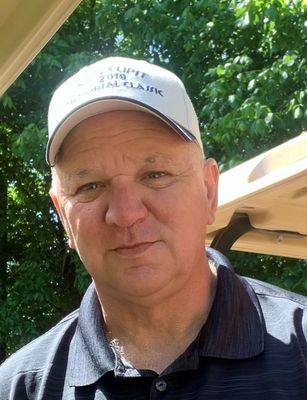 Brad Fletcher, 55, passed away Sunday, October 4, 2020, after battling a rare lung disease, at Baylor Scott and White Hospital in Dallas, TX surrounded by his family.

Brad was born on February 28, 1965, in Sayre, OK. He grew up in Blackwell, OK, where he played baseball, basketball, and football, and went to Northern Oklahoma College in Tonkawa. Brad worked for United Supermarket for 21 years and most recently Weatherford for 20+ years.

Brad met his wife Rhonda Dickens in 1994 and they were married on October 21, 1995. They started their family in Woodward, OK, and lived there until moving to Kilgore in 2007. While living in Woodward, Brad was a member of Crown Heights Baptist Church. He was very active with multiple softball teams while living in Oklahoma. Since coming to Kilgore in 2007, Brad and his family have been active members of Highland Park Baptist Church.

Brad was a loving husband, father, son and friend. He enjoyed watching his boys run track and cross country and spent most of his weekends playing golf with his wife, Rhonda, and friends.