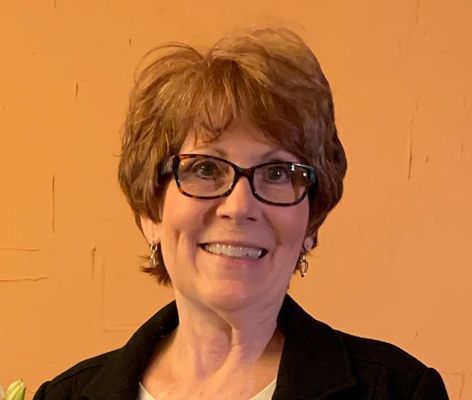 Kimberly Sue Munn Campbell went to be with her Lord and Savior on Tuesday, October 27, 2020, at the age of 64. Services have been entrusted to the care of Dighton-Marler Funeral Home, Stillwater, Oklahoma.

Funeral services will be held at 1:30 PM Saturday, October 31, 2020 at Sunnybrook Christian Church, Stillwater. Visitation will be at Dighton-Marler Funeral Home Chapel, Friday, October 30 from 9 AM to 8 PM with a family viewing from 3 PM to 5 PM.

Kimberly was born on January 24, 1956 in Blackwell, Oklahoma to Raymond Edwin and Helen Claire McCrory Munn. She attended Blackwell Public Schools, graduating in 1974. She was an athlete from an early age. As a tomboy she enjoyed playing football with the neighborhood boys in a vacant lot as the girls cheered from the sideline. Her father told the story of a friend who asked, “which little girl is yours?” Her Daddy replied, “The one in the helmet and pads on the line.”

She loved to play softball and played from third grade through her senior year and was on an All-Star traveling team where she played outfield at the center and left field positions. She was able to throw the ball from the outfield to home without a bounce. She loved chewing bubble gum and would blow and pop bubbles while batting, usually as the batter swung. She also played basketball and was a starter who usually did the tip-off (go figure)! She laughed about the team saying, “we were horrible, but it was fun!”

She attended Northern Oklahoma College for two years where she played volleyball as a starter. She also attended Central State University where she completed her BS in Special Education-Learning Disabilities. She was a member of Sigma Kappa sorority. She taught at Stillwater Public Schools and loved working with children at her church as well.

In Jr. High School (1970) Kim’s best friend, Susan, was dating Kenny Campbell and suggested Kim talk to his younger brother, Robert. Susan lived across the street from the Campbells. When their mom was out of town, Kim and Susan snuck out of Susan’s house at 2:00 AM to go visit Robert and Kenny. She said, “we sat at opposite ends of the living room listening to “Rare Earth,” and “I Think I’m Losing You” over and over until 6:00 in the morning. Kim always laughingly said, “I dated Robert because he was cute and played football.” They started “going steady” on September 18, 1970 and married, May 27, 1978. Kim always said Robert was the first love of her life with the other loves being sons, Christopher Adam, and Spencer Houston.

Kimberly is survived by husband Robert of the home; sons, Chris and wife Kelly, their children, Hayes and Knox of Ponca City; Spencer and Katie, their children, Braden, Tucker, and JoJo of Erie, Colorado. She is also survived by her brother Kevin Munn and wife Therese of Sergeant Bluff, Iowa, their children Katie and Cale (Ruby), Travis, Lauren and Allison; brothers and sister-in-law, Ken and Shirley Campbell, their children Sarah and John Brennan, and their children, Mac and Lilly of Enid; Gary Brown, of Vernon Hills, Illinois, and his daughter Susie of Chicago, Illinois.

She was preceded in death by her parents Raymond and Helen Munn, and sister-in-law, Sue Brown.

For those who wish to attend visitation or services please follow CDC and Stillwater City ordinance regarding the use of masks and social distancing. Face masks are encouraged and will be available at the church.

In lieu of flowers, donations may be made in her name to the “It’s Time” campaign at Sunnybrook Christian Church in support of the church’s new Children’s Building.

Celebration of Life service will be live-streamed on Dighton Marler Funeral Home Facebook for those who are unable to attend.