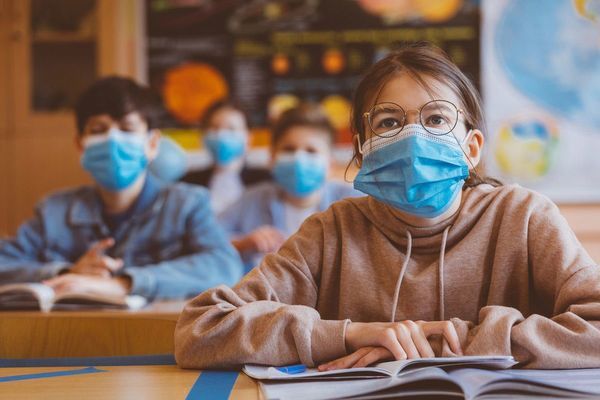 Superintendent Shawn Haskins said on Monday afternoon that he may shut down one or more of the district’s three schools if the number of students who have tested positive for the coronavirus increases. If a school closes, students will stay at home and attend school using electronic devices such as computers.

“If [the numbers] all keep going up, we may go to distance learning,” he said.

Haskins said he would consider closing Blackwell Elementary School, Blackwell Middle School, and Blackwell High School individually based on the number of positive cases in each building.

He said he would switch a school to distance learning if the school has five or more new COVID-19 cases in one day or if contact tracing becomes unmanageable.

“If we just keep getting one case every two or three days, that’s something,” Haskins said. “If we get bombarded with just five in one day … it’s too tough to do your contact tracing.”

Blackwell Middle School has no active cases of the virus.

The number of students who are in quarantine may be higher than reported at some school sites, Haskins said. The district’s quarantine numbers only include students and staff who were exposed to the virus on school grounds.

“Our numbers only include kids who have come to school and we had to quarantine because they were in our buildings,” Haskins said. “We’ve got several kids out [of school] in the district that are in quarantine because, let’s say, mom or dad has it. My numbers do not reflect that. It’s hard to get those numbers. My numbers are kids that came into the school who were positive and we had to send these kids home to quarantine.”

While only one district employee has the virus, several employees are at home to take care of their children who are in quarantine, Haskins said.

“We have several teachers who are out because they have kids that were quarantined, and they can’t leave the kids home by themselves,” Haskins said.

School officials and county health officials will contact students who need to quarantine themselves.

“If you don’t hear it from the school or the county, you don’t have to quarantine,” Haskins said.

Determining where students contract the virus is difficult, Haskins said. However, he believes that most students who have the virus have contracted it off school grounds, he said.

Haskins said he hopes to continue in-person instruction, but will close schools if necessary.

“The best education is face-to-face instruction,” Haskins said. “We want to keep doing it as long as we can in a safe manner. If we get very many more positive cases up there, for the safety of the kids, we need to shut it down.”

As of press time, data from the Oklahoma State Health Department showed that Kay County had 1,112 cases of the virus, 207 of which are active. Officials said 887 Kay County residents have recovered from the virus, and 18 have died from it.

The United States has nearly 10 million cases of the virus. More than 237,000 Americans have died from it, and more than 3.8 million have recovered from it.