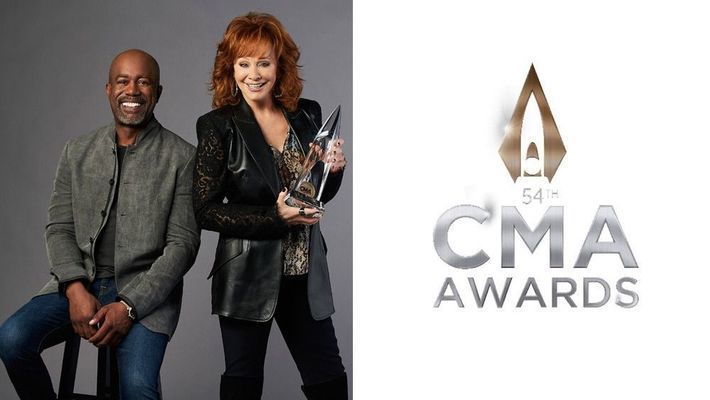 The 54th Annual CMA Awards will air Wednesday on ABC at 8 p.m. EST, and country music’s biggest stars will be ready to rock the stage in a socially-distanced format.

Topping out the list of honorees is country music artist Charlie Pride, who will receive the Willie Nelson Lifetime Achievement Award at the event.

“Through a mix of courage, determination and extraordinary talent, Pride made Country Music history by becoming the genre’s first black superstar,” CMA officials said in a news release. “The Country legend has seen remarkable longevity in his career, which spans more than five decades. His distinctive baritone voice allowed him to take almost every song he touched into the Top 10, if not the No. 1 position, typically spending multiple weeks there.

Pride won the CMA Entertainer of the Year Award in 1971, and he was the first Black man to host the annual show, CMA officials said. He’s earned three Grammy Awards and became a member of The Grand Ole Opry in 1993.

“Charley Pride is the epitome of a trailblazer,” said Sarah Trahern, CMA chief executive officer. “Few other artists have grown Country Music’s rich heritage and led to the advancement of Country Music around the world like Charley. His distinctive voice has created a timeless legacy that continues to echo through the Country community today. We could not be more excited to honor Charley with one of CMA’s highest accolades.”

Darius Rucker and Reba McEntire, an Oklahoma native, will cohost the CMAs this year.

“Three-time GRAMMY Award winner and Grand Ole Opry member Darius Rucker first achieved multi-Platinum status in the music industry as lead singer and rhythm guitarist of Hootie & the Blowfish, whose 2x Diamond-certified Cracked Rear View remains the seventh-highest selling studio album of all time,” CMA officials said. “Since releasing his first Country album in 2008, which earned him the CMA Award for New Artist of the Year, Rucker has gained a whole new legion of fans with four No. 1 albums and nine No. 1 singles at Country radio.”

And who doesn’t love Reba, a talented singer and Broadway star?

Reba has celebrated unprecedented success including 35 career No.1 singles and selling over 56 million albums worldwide. Last month, Reba received her 51st CMA Awards nomination as well as her 60th Top 10 hit on the Billboard chart, extending her record for the most among female artists.”

“We are thrilled to have this incredible group of artists taking the stage at the CMA Awards this year! It is a privilege to bring these live performances to our viewing audience with the energy and excitement that the CMA Awards are known for,” Trahern said.

“And although the show will feel a bit more intimate this year, we look forward to hosting our nominated artists and their guests as we celebrate the best of Country Music in a fully safe and physically distant environment. It will be an honor to bring the biggest Country stars in the world together – in one room – for the first time this year. You won’t want to miss it!”