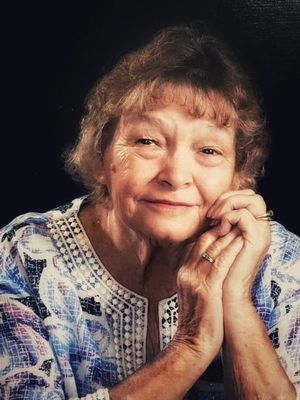 Ann Hall of Blackwell passed away on Sunday, November 8, 2020 at Stillwater Medical Center at the age of 82 years.

Ann was born or September 16, 1938 in McComb, OK to Orin and Aldeena Bray. She married Jerry Hall on March 3, 1954 in Sherman, TX and they made their home in Blackwell. She spent many years traveling and singing gospel music with her family. She later went to work at Southwest Cupid. She worked there until retiring in 2007 to devote her time to caring for Jerry who was in bad health.

She was proceeded in death by her parents, her husband Jerry in 2012 and two grandchildren, Tonya Rae Bringham and Tyler Hall.

Ann was a wonderful mother and grandmother and will be missed terribly by her family and friends. She truly loved spending time with her family. The family will hold a private service at a later date.

In lieu of flowers, donations may be made to the First Free Will Baptist Church PO Box 605, Blackwell, OK 74631.