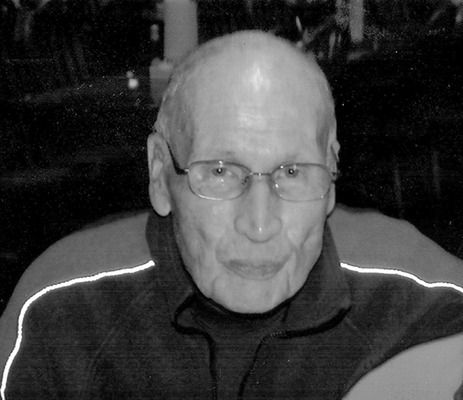 Bill Norton of Lenexa died Sunday, November 8, 2020 in Lenexa.  Funeral Services will be held at 1:00 p.m. Thursday, November 12, at the Porter Funeral Home, 8535 Monrovia, Lenexa, KS.  Visitation will precede the service from 12 noon - 1:00 p.m.  Burial will be in Resurrection Cemetery, Lenexa, KS.  Memorial contributions are suggested to Chain of Hope animal rescue (chainofhopekc.org) or Pet Resource Center of KC (prckc.org).

Bill was born January 22, 1936 in Fairfax, OK to Joe and Inez (Standridge) Norton. He later moved to Blackwell, OK where he graduated from Blackwell High School in 1955.  Bill briefly attended Northern Oklahoma College in Tonkawa, OK, prior to serving in the United States Air Force.  Upon completion of his enlistment, Bill married

Betty Coleman on October 15, 1960 and they later had two sons.  Bill attended the University of Denver where he received a Bachler of Arts in 1964 and his Master of Social Work in 1968.

Bill was preceded in death by his parents and sisters Jenice (Richard) Robinson, Mary (Kenneth) Roundtree and Carolyn (Joe) Johnson. He is survived by his, sons Brian (Mary) of Ankeny, IA and Bradley (Paige) of Lenexa, grandchildren, Greer and Finn of Lenexa, sister Elta Mae Weigle of Oklahoma City and Diane Holland of Boyd, TX.  Bill was also an Uncle, Cousin and friend to many people whom he loved. (Condolences may be expressed at: www.porterfuneralhome.com  Arrangements: Porter Funeral Homes & Crematory,  8535 Monrovia,  Lenexa, KS (913) 438-6444.