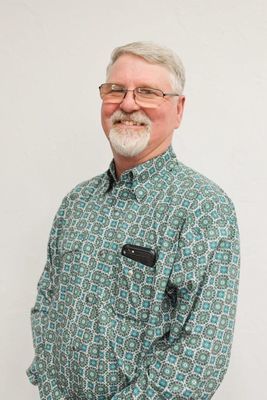 A Kay County farmer and rancher has been elected to the board of directors of one of the state’s largest agricultural advocacy organizations.

Stacy Simunek, who farms east of Blackwell, was one of three people elected to the Oklahoma Farm Bureau’s board of directors during a meeting on Nov. 5.

Simunek said he had considered serving on the board for several years, but he wasn’t sure whether he would have the time to do it.

One day, he said, he found the inspiration that he needed to join the board: his grandsons.

“It was the boys,” he said. “I was out here in the pasture feeding cattle one afternoon on a Sunday and had my grandsons out there with me. One of them looked up at me and he says, ‘You know, Grandpa, in a few years, it’ll be us out here feeding, and you can be at the house and just be watching.’”

That’s when he knew he had to make a decision, he said.

“It hit me,” he said. “You know, if somebody doesn’t start standing up for agriculture that’s really in agriculture … these boys aren’t going to have that chance.”

Family farming operations face myriad challenges in the 21st Century, Simunek said. He believes many people don’t understand what farmers do – something he hopes to fix with greater education for the state’s youth.

Simunek has been a member of the Kay County Farm Bureau chapter for 18 years, serving as the chapter’s president for 14. The organization strongly supports youth agricultural education programs, including local Future Farmers of America and 4-H divisions, he said.

“I’ve thoroughly enjoyed that board, without a doubt,” he said. “The things that it does for the community, the things that it gives back to the community, FFA and 4-H – I’ve thoroughly enjoyed that board. So, as we move up to the state level, I hope I can take that same ability to give to those kids the teaching of ag, and I hope I can do it in a bigger way.”

Serving on the board will keep him away from his farming operation for about 10 days each month, he said. He’ll have to attend county Farm Bureau meetings across the state, and he’ll have to meet with the leaders of Farm Bureau’s business operations.

One of Farm Bureau’s main missions is to work with state and federal lawmakers to craft legislation helping farmers, Simunek said. He said he hopes to show legislators how important family farming operations are.

Simunek was 6 years old when he started farming with his father. By the time he was 8, he was driving his father’s four-wheel-drive Versatile 145 tractor.

“I could not push the clutch in to stop it,” he said. “That’s how hard the clutch was – and how little I was. I would turn it in a circle, and Dad would jump on the side and crawl inside and stop it for me. Otherwise, I couldn’t shut it down.”

He took over the farming operation when his father was killed in an accident in 1993. And as the operation was passed on to him, he hopes to pass it on to his grandchildren one day, he said.

“Farming is a tough life, but it’s a free life,” he said. “It may not make the biggest money in your career out there, but it’s your life. … Farming is something that’s in your blood. You smell that dirt turning. When one of those grandsons finds that it’s the thing that hits him, I hope to be able to hand all of it down to them and let them take off just I was handed it.”