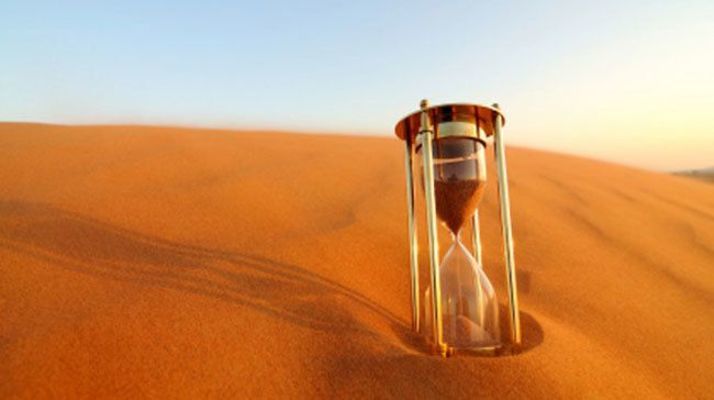 As always, the Word of God has unending truth reverberating from every page. If we would build our lives from it and stabilize our emotions by it, we would have deep enough roots to withstand any storm.

It seems like there has been a perfect storm brewing in our nation for quite a while. Ever since I was young I have listened to what my elders have said about politics, what is right and wrong, how the country should work, what should be important, and how we have been on a course of progressively getting farther away from truth and God’s Word in our national conscience. I was young when I started to hear things said in church, in the grocery store, where men gather to drink coffee, and at family gatherings.

I noticed how upset people were in church when postmodern thought crept in our thinking, and how some people almost lost their sanity when moral absolutes and absolute truth were being questioned at a national level. I remember being told to NEVER do certain things as a young Christian: 1. Lose faith in God, 2. Stop believing His Word to be absolute truth, and 3. Remember there will be a Judgment Day. I am sure there were more to that list, but those are the ones that stuck out the brightest.

As I grew older, I watched my fellow Christians tolerate vicious attacks, and respond in love. I never understood how everyone else could always say whatever they wanted, no matter how offensive it was to Christians, and then lose their minds when Christians held their ground on Jesus being the only Savior of the world, the reality of hell, and how there would be a Judgment Day.

I witnessed Christians become less and less brave, bold, and courageous in the areas of witnessing, standing up for what they believe in, and defending the Truth. It became a popular thing across the nation, especially at the collegiate level, to accost Christians and “prove” how wrong we were in pretty much everything we believe in.

Ten years ago, I was visiting an elderly woman who was a saint in my eyes, and I noticed that she had been crying. I asked her what was wrong. In between choking back sobs of grief, she started apologizing to me. I assured her she had nothing to apologize to me for.

She said, “We should have raised such a fuss, and then maybe some of the things that have happened would not have happened.” She said she felt sorry for my kids who were young, because she did not think they would grow up in the America that she grew up in.

She assured me that it was not perfect, but at least people had good enough sense to know the Bible was true, biblical morals were important, prayer was real, and that what our country was founded on was never in danger of being destroyed back then. She told me I better know my Bible well and teach it to my kids because she thought the country might be done for if it continued the course it was headed down.

I was not as worried as she was ten years ago, but I am concerned now. I have seen things happen in this country that have never happened before, and not in a good way. I am for truth, and for what is right being right and wrong being wrong. It saddens me to see how divided our country is, and how firmly both sides think that they are right, and the other side is wrong.

I find it interesting that the side that has been okay with rioting, destroying federal buildings, hating the police, and saying awful things about the leadership in this country for the last four years is suddenly preaching unity and peace.

Of course, they will say that the leadership for the last four years has been causing division, hate, and unrest. We are blind to how the division, double standards, and hate only result in weakening our nation, and causing countrymen to turn against each other.

I pray that Christians would never be silent again and speak the truth in love. Ecclesiastes ends this way; “Now all has been heard; here is the conclusion of the matter: Fear God and keep his commandments, for this is the duty of all mankind. For God will bring every deed into judgment, including every hidden thing, whether it is good or evil.”

There is a time for everything.

Mike's Musings: Spring is a time for rebirth- h...

Cody's Corner: The Duality of God