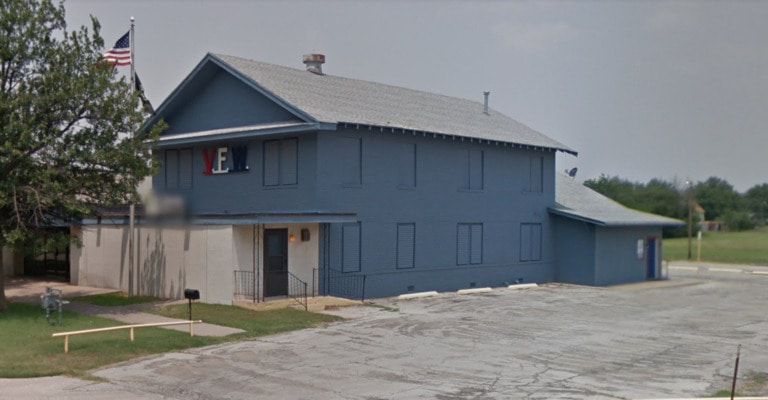 An anonymous Blackwell veteran has pledged to donate up to $2,000 toward a local program that provides bicycles to children in need.

Blackwell Veterans of Foreign Wars Post No. 2855 Commander Cory Ingram said the veteran, who has asked not to be identified, will donate enough money to buy 16 bicycles for the First United Methodist Church’s annual Christmas Bike Giveaway.

“I think it pretty much represents everything we stand for,” Ingram said. “The majority of the time, veterans are always willing to help their community members or other veterans in any way. Most military members – you join the military selflessly, and even long after you serve, you still have that selfless service to your community.”

In 2019, the program’s leaders gave away 100 bikes. In 2020, however, many donors weren’t able to contribute to the program because of the economic impact of the coronavirus pandemic.

Officials only had enough money to buy 74 bikes until the veteran came forward. The veteran said he’d purchase 16 more, bringing the total number of bikes being given away to 90.

Ingram said the veteran was inspired to purchase the bicycles because he sees how much joy they bring children – and because he’s seen first-hand that the bike giveaway program has benefitted children in his neighborhood.

“He said that … there’s a family that had lived in his neighborhood, and one of the kids won a bike,” Ingram said. “They’ve since moved. Other families have moved, but the bike stays there. He just enjoys seeing the new kids that move in continue to ride that bike. The gift just keeps on giving to the kids.”

Those wishing to donate to the program may do so by visiting the church’s GoFundMe page, https://www.gofundme.com/f/64zeje-4th-annual-christmas-bike-giveaway?fbclid=IwAR0hcwRDzkxsz348ozed6rZDJTs0PnJNNxGJK0oG57cndz_xaLqwBzwfY_E.

Ingram said the anonymous veteran is donating the money for the bikes not for fame or glory, but rather for the benefit of local children.

“This isn’t his first thing like this he’s done,” Ingram said. “He does this quite often. He’s one of those guys that, if you don’t know him, he may look kind of like a grumpy old veteran. But he’s got a big heart, and he likes to help out where he can. And he doesn’t do it for the recognition. He does it just because it’s the right thing to do, and he’s able to do it.”